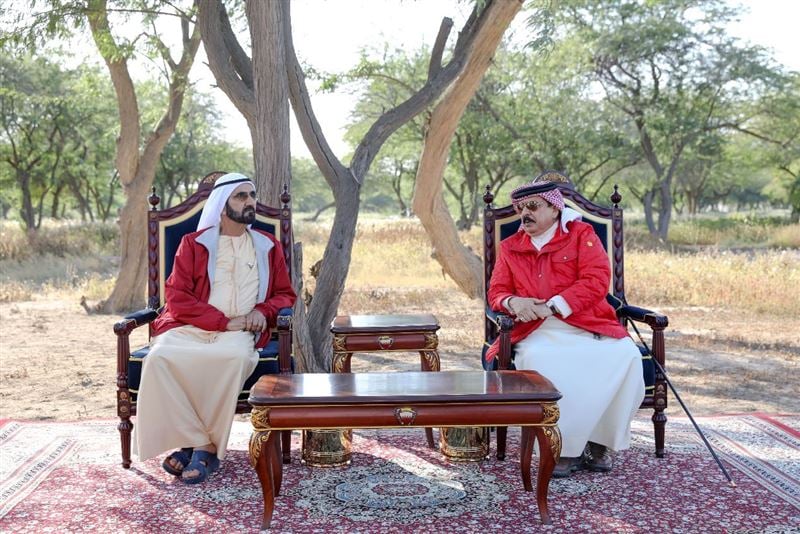 During the meeting, the two leaders discussed boosting the ties between the UAE and Bahrain in various aspects.

Sheikh Mohammed emphasised “the importance of furthering cooperation to ensure the security and stability in the Gulf region and the Arab world”, Dubai Media Office reported.

.@HHShkMohd meets with King of Bahrain, underlines agreement of #UAE and Bahrain on key issueshttps://t.co/RWOWlKyKlL pic.twitter.com/JP5bVC7QmM

They also spoke on developing the hosting of sports tournaments in the GCC region with special emphasis on equestrian events.

Earlier, Sheikh Mohammed attended a part of the Endurance Cup championship organised by the Bahrain Royal Equestrian and Endurance Federation at the Bahrain International Endurance Village.

In late December, King Hamad also visited the UAE this week, where he held talks with senior UAE leaders.

During the meeting, they discussed the bilateral relations between the UAE and Bahrain and means of improving them in ways that benefit the two countries.