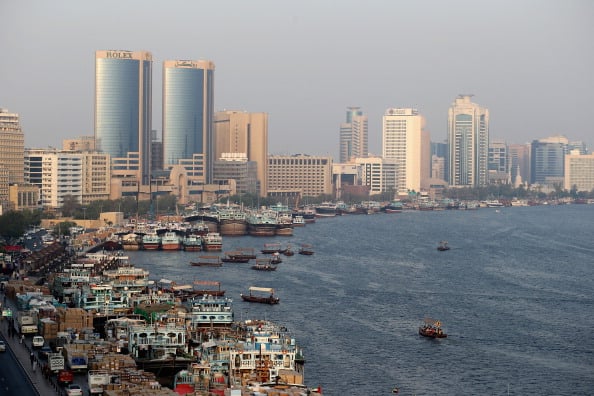 The project, which will be carried out by Dubai’s Department of Tourism and Commerce Marketing (DTCM), Dubai Municipality and Dubai Culture, will transform the area into a heritage centre, Dubai Media Office said in a statement.

Spanning 1.5 square kilometres, the project will cover four key districts such as Shindagha, Bur Dubai, Al Faheidi and Deira. The phased development will also raise awareness of Dubai’s history based on the five pillars of tradition, heritage, trade, community and place making.

Dubai Historical City is also part of the emirate’s ambitions to develop cultural tourism by strengthening Dubai’s position as a cultural hub in the UAE. The district is expected to attract around 12 million visitors by 2020.

Work on the project, which is slated to be completed by 2018, is scheduled to begin soon, officials said.

“Work is due to start shortly on the first phase of the project, which will include the upgrade of souqs in Deira and Bur Dubai, the installation of abra stops at Shindagha and the creation of a number of other experiences within each area,” said Helal Saeed Almarri, director general, DTCM.

“There are more than 60 projects planned as part of the overall redevelopment including Al ‘Shindagha Museum’ which will feature 17 pavilions and have over 50 collections of historical and cultural artefacts on exhibit, as well as a promenade that will connect the Shindagha area all the way to the Al Faheidi district – enabling visitors to walk seamlessly between the areas of the development.

“The area will also feature Al Faheidi fort, and AlSabkhah as part of the largest open air historic district built around Khor Dubai as envisaged by HH Sheikh Mohammed.”

As part of the project, a number of streets in Bur Dubai, Al Faheidi and Deira will be converted to pedestrian walkways, enabling easier access to upgraded public areas, Al Marri added.

Aside from the museum, the Shindagha area will be home to floating exhibits housed in traditional pearling and trade boats. The area will also feature outdoor majilis and a multipurpose centre showcasing various Emirati art forms.

Other work will see Deira’s old watchtowers and traditional stores, Bur Dubai’s Al Faheidi Fort and Dubai’s old defence wall (next to the watch tower located next to the old abra) restored, with the fort acting as a hub for cultural events.

A separate square for cultural tourism exhibits is also planned for Deira, while the Al Faheidi district will have an over arching focus on local art, featuring galleries as its main attractions.

To support these new exhibits and attractions, additional Abra connections across Dubai Creek are planned, while daily light and sound productions will be projected on buildings lining the creekside.

The emirate’s plans come at the heels of Dubai Municipality’s announcement that it revamping Dubai Creek area in order to qualify as a United Nations World Heritage Site.

Dubai is planning to resubmit a bid in January next year to transform its most historical area to a UNESCO site.