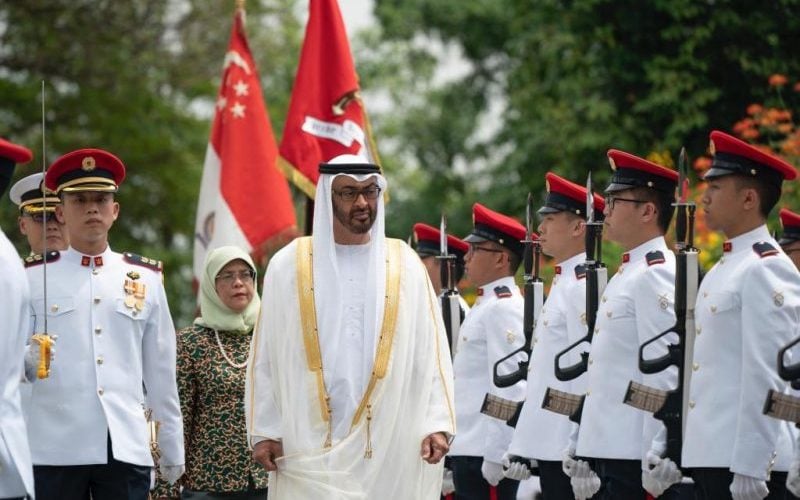 Sheikh Mohamed was welcomed by Singaporean President Halimah Yacob at the Istana, her official residence and office. 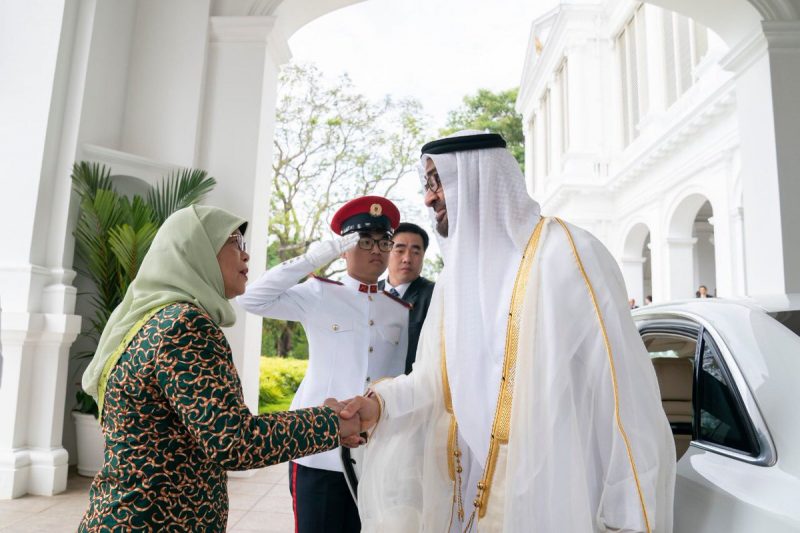 They discussed ways to further develop bilateral relations and boost co-operation between the two countries in areas such as trade, investment, tourism, culture and education.

Pleased to visit the Republic of Singapore and meet with Her Excellency Halimah Yacob. We're both keen to further strengthen our bilateral ties and are optimistic about their future. pic.twitter.com/1gvu4BfblR

Sheikh Mohamed, who is accompanied by a delegation of ministers and senior officials, also visited Mubadala Investments’ GlobalFoundries semiconductor plant on the sidelines of the visit.

During the trip, Sheikh Mohamed will also meet with Singapore Prime Minister Lee Hsien Loong, with the two nations expected to sign a joint partnership aimed at boosting ties.

Several deals were signed during the visit, including an agreement to build the world’s oil storage facility in the UAE by ADNOC and Korea’s SK E&C.