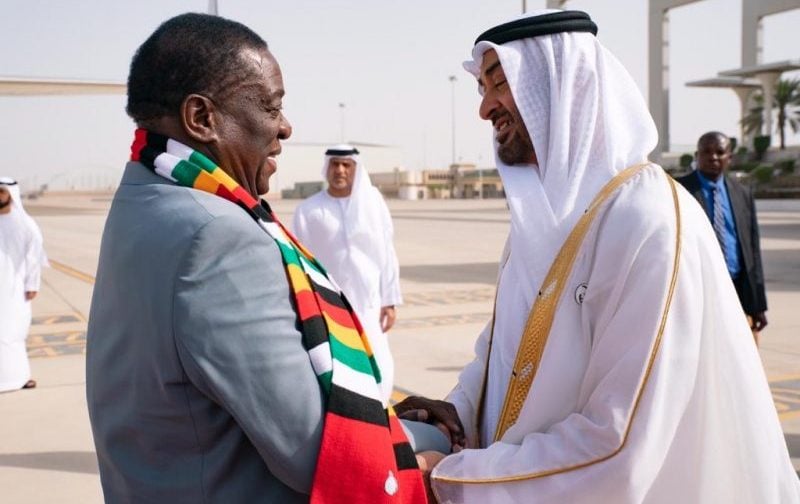 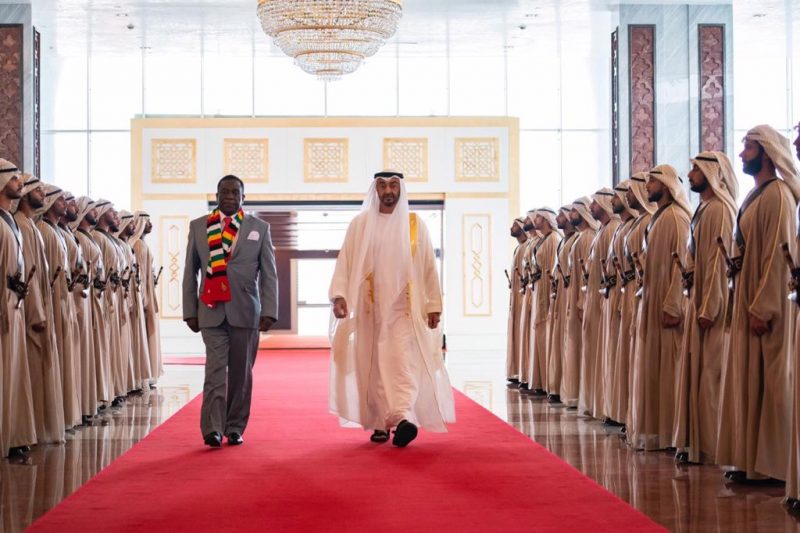 They spoke about the ongoing cooperation levels between the two countries in areas such as investment and economy, along with discussing regional and international issues of common interest.

Mohamed bin Zayed receives the President of Zimbabwe upon his arrival at Abu Dhabi Presidential Airport on a working visit to the UAE pic.twitter.com/QCD491wsTV

Mnangagwa also hailed the efforts made by the UAE in promoting of the values of tolerance, inter-faith dialogue and peaceful co-existence.

Sheikh Mohamed hosted a dinner banquet for the leader and his accompanying delegation.

The Abu Dhabi Crown Prince has hosted several African political leaders in recent months, to bolster ties with the nations.

Earlier this month, Sheikh Mohamed met with the President of Togo Faure Gnassingbé in Abu Dhabi during the signing of a major deal between the countries.

The Khalifa Fund for Enterprise agreed to invest Dhs55m in small and medium business enterprises in the African nation.

In February, the UAE leader received President Paul Kagame of Rwanda, who visited the country to participate in the World Government Summit.