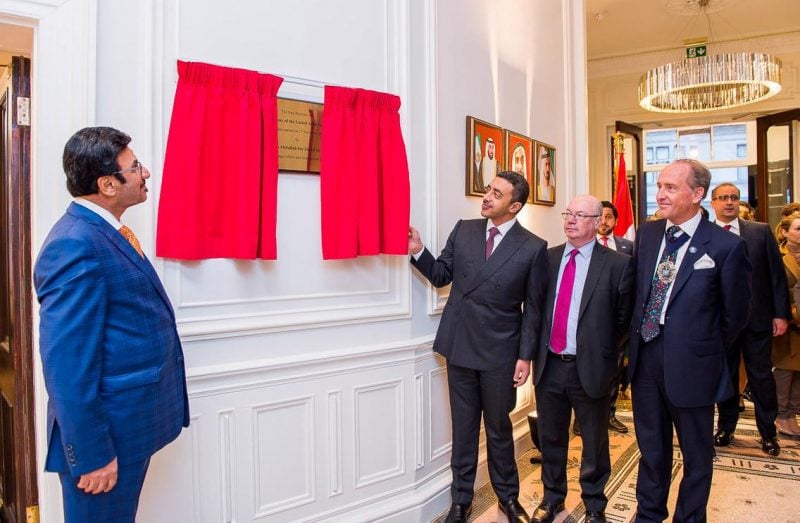 Sheikh Abdullah and the UK’s Minister of State for International Development and Minister of State of the Middle East at the Foreign and Commonwealth Office, Alistair Burt, also unveiled a commemorative painting to mark the opening of the UAE embassy’s new headquarters.

Speaking at the event on Monday, Sheikh Abdullah said the new embassy shows the desire of the UAE government to enhance bilateral relations with the UK, and boost cooperation in various fields, said state news agency WAM.

He added that relations between the UAE and Great Britain are well established due to the support and patronage of the leaders of both countries, and added that the aspiration of the UAE to strengthen bilateral ties further serves the interests of both nations’ populations.

The new embassy is located between Belgrave Square and Hyde Park corner in south-west London.