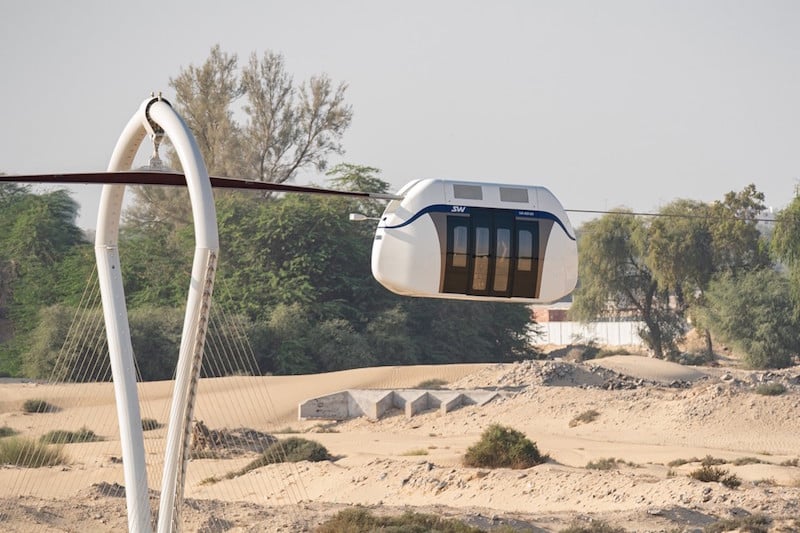 The testing of the new project – unicars – by UAE’s SkyWay GreenTech company was conducted at the Sharjah Research, Technology and Innovation Park (SRTIP).

SkyWay has commenced the construction of three test tracks, panning from the beginning of the park (Sharjah Airport road) to its end (Mweileh road). Short tracks have been set up and testing will soon commence on longer tracks.

Sheikh Sultan’s visit to SRTIP also included a briefing by officials with regards to the development and technologies deployed in the project.

Bringing SkyWay labs to SRTIP is part of the park’s plan to convert the emirate into a sustainable, futuristic city, Hussain Al Mahmoudi, CEO, SRTIP noted.

Earlier this month, SRTIP also signed an agreement with du and Nokia to introduce a range of smart city initiatives for the emirate. It has also signed an MoU with Abu Dhabi’s Masdar to collaborate for the growth of sectors under the park’s focus areas which include water technology, digitisation, transport and logistics, environmental technology, renewable technology, production, design and architecture.

Established in 2016, SRTIP aims to establish Sharjah as a hub for research and technology.