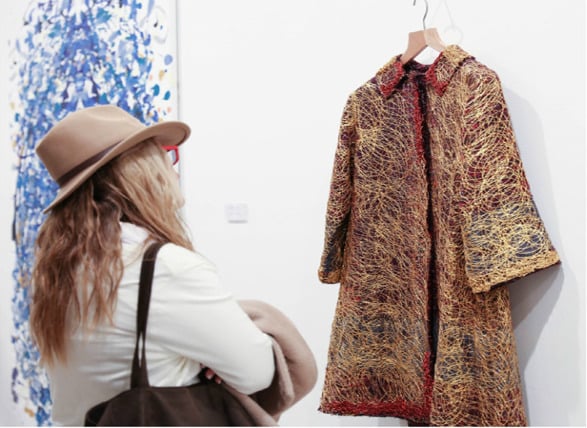 Sharjah Chamber of Commerce and Industry has bought a jacket donated by the wife of the emirate’s ruler for GBP100,000 ($121,663) as part of the Jeans for Refugees charity initiative.

The auction followed the JFR exhibition, launched by fashion designer Johnny Dar, at the Saatchi Gallery in London from October 24 to 30.

HH Sheikha Jawaher bint Mohammed Al Qasimi wore the jacket during a visit to Zaatari Refugee Camp in Jordan in 2014.

It raised the largest sum of money for a single item at the event, which also saw 100 pairs of jeans donated by celebrities auctioned.

“We highly appreciate and support this initiative, which will have a positive impact on the lives of thousands of refugees in different parts of the world,” said Sheikha Jawaher.

She thanked the chamber for its gesture and making the auction a success.

All proceeds from the auctioned items will go to the International Rescue Committee in support of the National Emergency Response Programme and Women’s Development programmes.