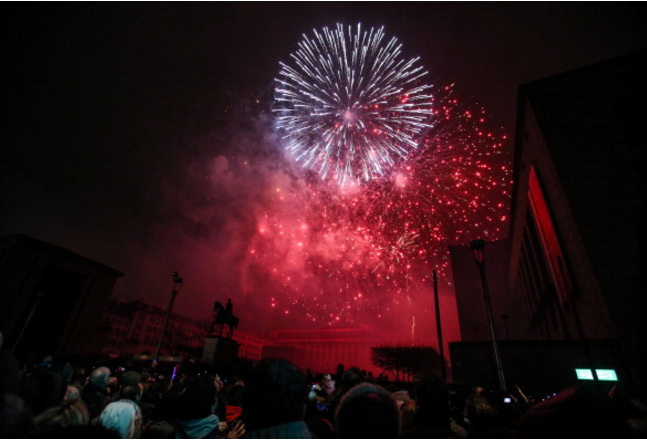 Security has been tightened across several parts of the world – especially in Europe – ahead of New Year’s Eve celebrations.

Officials in Belgium announced that fireworks and festivities have been cancelled “given information we have received”.

“Unfortunately we have been forced to cancel the fireworks and all that was planned for Thursday evening – that would have brought a lot of people together in the centre of Brussels – following a risk analysis by the crisis centre,” Brussels mayor Yvan Mayeur told state broadcaster RTBF.

Up to 100,000 people welcomed the New Year in Brussels last year.

“In these circumstances, we can’t check everyone,” Mayeur said.

Earlier this week, two people were arrested in Brussels after they were suspected of plotting an attack on New Year’s Eve. Police reportedly seized Islamic State of Iraq and Levant propaganda and military clothing and computer equipment during raids.

Meanwhile additional security measures are also expected in other parts of Europe such as Paris, London, Berlin and Moscow.

In the French capital city of Paris – which experienced a deadly terrorist attack in November – authorities are reducing a New Year video light show at the Arc de Triomphe and cancelling a firework display.

“We have decided to mark the New Year in a reflective manner and without fanfare,” mayor Anne Hidalgo said.

About 11,000 soldiers, police and emergency workers – 2,000 more than last year – will be deployed throughout the city.

Paris has been on high alert since the attack by ISIL militants on November 13 which left 130 dead and several injured.

Defence Minister Jean-Yves Le Drian told reporters: “We have to be very vigilant, but that vigilance should not stop the celebrations.”

In London, more than 2,000 armed officers had their New Year leave cancelled, the Telegraphreported. This is the first time that Scotland Yard has taken such a step and is part of the largest-ever police mobilisation for New Year’s Eve festivities, the report said.

Meanwhile some 6,000 police officers will be deployed across New York City on Thursday night to increase security during festivities, it was announced. Officials said this is the most significant police presence in the city’s history.

Times Square, where thousands traditionally gather to welcome the New Year, will also have several checkpoints.

“This is the best prepared city in this country to stop terrorism, and people should rest assured that they will be very well protected on New Year’s Eve,” New York City mayor Bill De Blasio told a local radio station.

In Dubai as well, police officials confirmed that 5,000 people include police, civil defence officers and volunteers would be deployed throughout the city to ensure safety and security during the New Year’s eve celebrations.