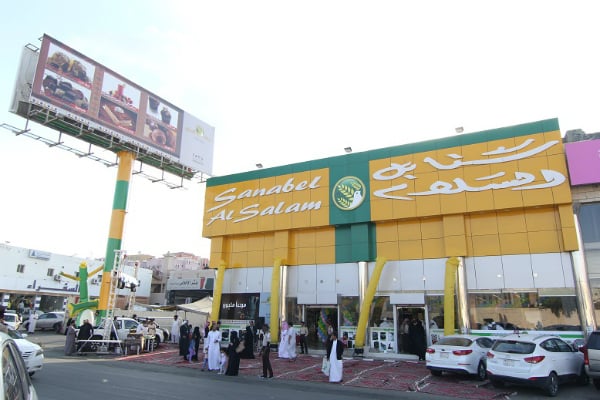 Savola, which owns supermarket chain Panda, is keen to increase the quality and variety of its sweets offering, said the sources, who declined to be named as the matter was not public.

Talks between Savola and Sanabel Al-Salam’s shareholders could still falter and there’s no certainty a deal will be reached, the sources said.

“Adding Sanabel Al-Salam to Savola’s portfolio signals the company is hoping to expand, and improve its retail portfolio, and will also help eliminate some competition with its Panda bakery unit,” said one source.

Savola and Sanabel Al-Salam were not available for immediate comment.

The confectioner has 104 branches across the kingdom and a catering unit. It is owned jointly by Dubai-based NBK Capital Partners, the private equity arm of National Bank of Kuwait , and Dr. Saleh Bin Nasser AlFarhan, who founded the company in 1995.

Saudi retailers have been hit by lower consumer spending because of low oil prices and government austerity policies.

Savola reported a 96 per cent drop in first quarter profit. Second quarter declined 9.5 per cent even after a one off gain of SAR62m from the sale of a panda store in Dubai.

Savola sold 2 per cent of its shareholding in dairy producer Almarai in a deal worth SAR1.12bn last month.