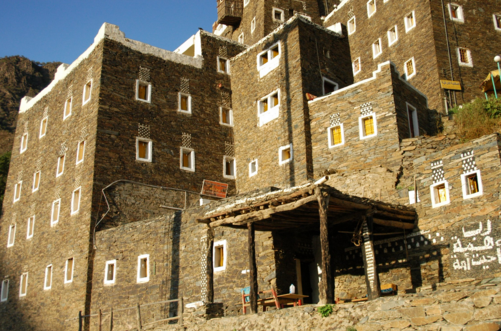 Saudi Press Agency quoted Muhamamd Al-Omra, director general of the Asir branch of the Saudi Commission for Tourism and National Heritage, as saying a formal vote on the village’s status would be held in January 2018.

This followed a recent site visit by a UNESCO team.

The village was a natural corridor linking those coming from Yemen and the Levant to Makkah and Madinah, which makes it an important regional and commercial centre, according to a tentative entry published on the UNESCO website in 2015.

The kingdom is currently undertaking an ambitious renovation project at the site, which comprises about 60 palaces built form natural stone, clay and wood with some spanning several floors.

It is accessible via a cable car extending from the Assouda National Park complex.

Italian engineering consulting firm D’Appolonia said last year it had been selected to help crate a five-star hotel at the site in keeping with the historical look and feel of the 40 mud buildings at the site.