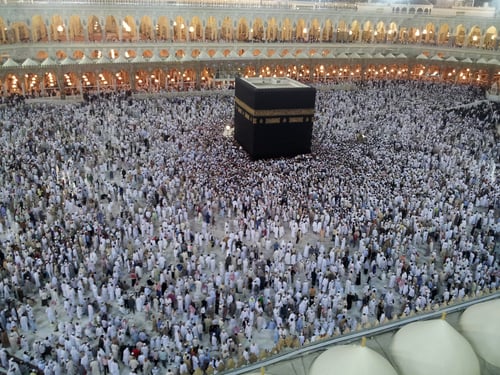 In Karantina, people sit out on doorsteps or high metal benches covered with strips of loose carpet, chatting with neighbours. Old sofas and armchairs sit propped against houses.

Rubbish carpets both sides of the road, and abandoned, broken-down cars and trucks gather dust, sinking onto flat tyres.

In a large open space near a highway where trucks park, old cars lie in deep puddles of water and mud, some submerged up to their axles, while wading birds strut between them on long legs.

One 15-year-old girl, speaking to Reuters as she watched a television soap opera in a room choked with wood smoke, said her family came from Chad before she was born.

The girl’s family – mother, brother, father, his three other wives and their children – are among the luckier residents of Karantina, giving out food as charity to those in need.

“I’m happy. There is nothing more that I can ask for. My father provides me with everything. I have a television,” she said.

Like the other residents approached by Reuters, the family members declined to give their names for fear of attracting the attention of the authorities and having to leave the country.

Immigrants who do not have a residency permit, known as an iqama, face restricted access to medical care and other services. Residents of Karantina said they have to pay more for treatment, which by law should only be provided to people who can show valid identification papers.

A small private school in Karantina teaches the Koran to local children, but it is unregulated. Prince Khaled al-Faisal, governor of Mecca Province, which includes Jeddah, said last year there were around 1 million illegal residents in the province’s slums.

For the government, the presence of so many undocumented people has a big impact on its efforts to strengthen labour laws. The country is trying to encourage firms to hire more Saudi citizens, who now make up only about a tenth of private-sector employees.

This month the Labour Ministry said it would fine companies found employing illegal immigrants. It also offered incentives to firms that employed Palestinian and Burmese refugees with legitimate residency papers.

On Sunday, Prince Khaled said the government would give legal residency to 250,000 Burmese Muslims already living as refugees in Saudi Arabia.

As holders of the iqama they will be able to access government services more easily and work, drive and rent accommodation legally, in common with millions of other foreigners living in Saudi Arabia.

Even for those with residency, however, life as an immigrant in the kingdom can be tough.

“I never thought of returning to Burkina Faso. All my children were born here. Thank God, we live with the help of charitable people,” said Sadiq Basheer al-Sadiq, who came to Saudi Arabia on haj by sea in 1970 and is now the patriarch of a family 60 strong.

He said he and all his family members, including 15 children by four wives, had legal residency.

They live in a small plot of land in the Ruweis district of central Jeddah, their open-air rooms covered by aluminium roofs and divided by wooden beams and cement bricks.

Sadiq, now 85, has retired after working as a construction worker in Mecca, and is now dependent on his children.

His son, Ibrahim, was born in Saudi Arabia but has no hopes of ever qualifying for citizenship of a country where local passport holders qualify for substantial state benefits.