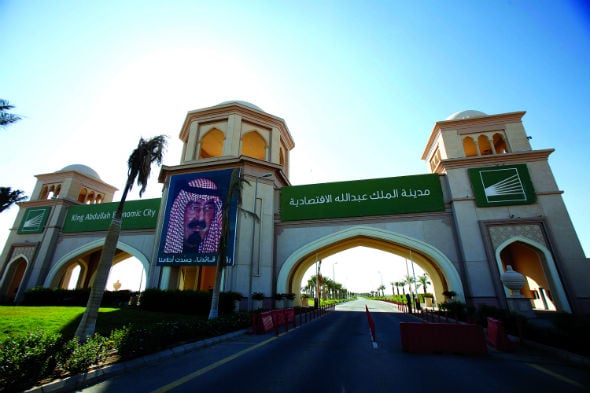 A little over a year after a landmark Saudi mortgage law was finally approved by the authorities, the real estate sector has yet to fulfill the promise of affordable housing for many of the country’s citizens.

Emphasis on the housing sector had been the cornerstone of Saudi Arabia’s great investment push in the aftermath of the Arab Spring movement in 2011.

The authorities had pledged a massive investment programme to meet rising demand for real estate and offer Saudis a stake in their country’s prosperity, and a piece of land they could call their own.

The authorities set up a real estate refinancing company to improve access to funding, while a specialised credit union is also in the works.

In addition, the mortgage law was passed to encourage the banking sector to raise their exposure to latent housing demand.

The Saudi government also pledged to build 500,000 affordable housing units at a cost of $66.7 billion, and replaced the General Housing Authority with the Ministry of Housing (MOH) in order to centralise housing efforts under one umbrella.

“Recently a royal decree was issued to facilitate residential real estate development by enabling the Ministry of Housing to award both developed land and interest- free home-loans to Saudi nationals,” said Jadwa analyst Fahad Alturki in a note.

But the policies are only slowly trickling into the system and housing shortages remain high.

“An expanded supply of housing is needed to meet demographic trends and reduce pressure on rents,” said the International Monetary Fund in its recent report on the country.

“Urbanisation, population growth, and smaller average sized households have boosted demand for housing. The lack of affordable housing saw a sharp increase in rents from 2007 to 2011, which was one of the main drivers of inflation.”

Earlier in the year, Saudi King Abdullah Bin Abdulaziz Al Saud pushed his ministries once again to fast- track development of his $66.7-billion programme, which had the desired effect.

Real estate-related projects accounted for 30 per cent or SAR30 billion of new construction projects awarded in the Kingdom in the first half of the year, in a sign that the industry was starting to focus on the housing sector. But clearly more needs to be done.

A crucial aspect of the country’s real estate woes is housing costs.

“Affordability of housing remains a major concern for lower income purchasers,” said management consultancy Deloitte in a report on the Kingdom’s mortgage laws. “As a result, Saudi Arabia’s flourishing economy, and subsequent real estate market growth and development may also serve to further decrease the number of properties available to these purchasers as property prices continue to rise.”

Riyadh villa and apartment sales prices have slowly inched up from around SAR3,900 per square metre by the second half of last year, to SAR4,200 by the first quarter of 2013. Average asking prices for new apartments rose four to seven per cent in the capital city during the period.

Rental prices have also shot up, with villa rents increasing eight per cent and apartment rents rising six per cent in the first quarter.

The country’s population has been climbing at an annual rate of well over three percent in the past few years and is expected to reach over 30 million this year.

While foreign labour will ramp up the numbers, the country’s own indigenous population is rising too, as more Saudis reach marriage age.

Lifestyle changes also mean that generations of Saudi families are no longer living together and this has added to housing pressures. Demand for smaller but more affordable housing is at an all-time high as newly-wed Saudis start their new life in their own homes.

“The younger age demographic represents the largest portion of the population, causing gradual changes in cultural and traditional norms,” the Riyadh-based bank said.

But as demand soars, it is clear that supply is failing to keep up.

“Total housing stock in the Saudi housing market is expected to expand by two point two million units during the next eight years, with annual demand rising from 186,000 units in 2011 to 265,000 units by 2020.”

However, the Saudi construction industry has only managed to build around 121,000 units each year over the past decade, leaving a significant shortfall.

Home ownership in Saudi Arabia stands at 25 per cent, compared to 74 per cent in Brazil and 84 per cent in Mexico – its comparable G20 peers. Even Egypt has higher home ownership rate of a little more than 40 per cent.

Henri Chaoul, chief investment strategist at Alkhabeer Capital says the approval of the mortgage law may not be sufficient to produce dramatic changes
in the housing sector, but will require broader set of regulations.

“Development of the secondary mortgage market, clear foreclosure regulations, adequate protection to both the creditor and the lender and provision of affordable housing to the middle and low income group by the government are some of the key issues that need to be addressed adequately by the authorities to ensure the successful development of the mortgage market in the country.”

While mortgage lending is picking up, it has not seen the surge that was being expected after the mortgage laws were approved last year.

“Affordability remains an issue for the middle- and lower-income segments, particularly as the new mortgage legislation is understood to cap bank lending to individuals at 70 per cent loan- to-value,” wrote James Reeve and Andrew Gilmour, Samba Banking Group’s deputy chief economists in a note to clients.

“However, given the current lack of standardisation of valuation techniques, a cautious approach is understandable.”

While nobody doubts the authorities concern to balance the real estate market, there are genuine physical limitations.

First is the issue of supply.

The Housing Ministry is struggling to meet its mandate of delivering 500,000 units as it needs to consider vital land management issues such as civil construction, roads infrastructure, utilities’ availability and access, before it can sign off an individual projects with private developers and construction companies.

“One key issue is the scarcity of buildable land. Private developers have long complained that the thinly traded and expensive land market is a major constraint: currently land constitutes about half the cost of building a house, compared to 25 per cent in Japan, for example, which is a much more densely populated country than Saudi Arabia,” said the Samba economists.

The Ministry is reportedly looking to resolve the issue by enforcing a “use- it-or-lose-it” principal to ensure that development takes place. The government is also trying to free up land from other state-owned agencies and ministries to create space in urban areas.

Another key issue is material and labour shortages. Housing is not the only sector which is putting pressure on resources.

A number of industries including transportation, manufacturing, petrochemicals, extraction and tourism are also making demand on the finite resources available in the country. There is a worry that huge demand will inflate labour and material prices, further exacerbating the affordability issue.

Alkhabeer Capital’s calculations shows Saudis would be better off buying properties rather than renting (See Table: Housing Affordability Matrix), so there is a compelling case for the citizens to set up their own home.

“Apart from the monthly savings, the house buyer also gets to own a tangible asset, along with the possibility of capital appreciation,” Alkhabeer’s Chaoul said.

“The ratio of monthly outgoing Estimated Monthly Installments (EMIs) to household income comes to around 29 per cent to 37 per cent of the household income, which is in line with global benchmarks.”

NCB Capital says it does not expect the mortgage market to remarkably grow in the next few years even though the real estate financing laws have been passed.

“Government and private institutional spending in the housing sector will have a major role in shaping the housing market over the next decade. The government’s easing of restrictions on obtaining loans from the REDF and the proliferation of the mortgage market will allow for more investment in the housing sector.”

But questions remain as to whether the build-out will benifit the average Saudi.