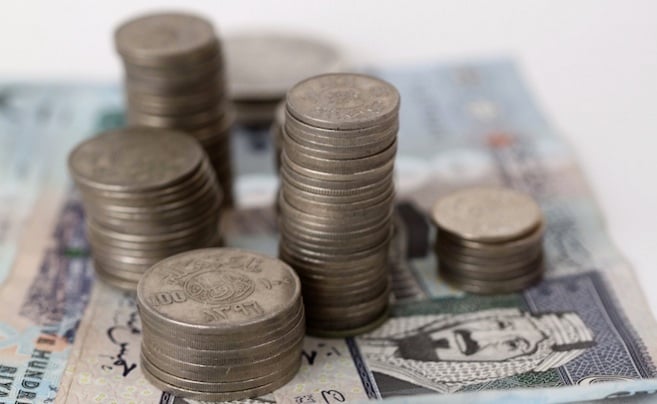 The five largest Saudi banks could feel increased pressure on profitability going into 2018 mainly due to lower government spending, a report by credit rating agency Moody’s has found.

Government spending, which has dropped on the back on reduced oil prices, negatively affects economic growth. This in turn dampens credit demand and weakens corporate, and consumer borrowers’ ability to repay debt, Moody’s Investors Service said in a report.

“As the Saudi government reins in spending, we expect lending to slow and problem loans to rise,” said Ashraf Madani, vice president, senior analyst at Moody’s.

“However, the big-five banks will be able to use their pricing power to offset these pressures and keep profit steady over the coming 12 to 18 months.”

The report found that Al Rajhi is “best-positioned” to maintain its profitability over the coming quarters, because of its strong retail-focus with only limited – albeit expanding – corporate sector exposures, its large Islamic franchise, and its low cost retail deposit base.

Looking ahead, rising interest rates will offset the impact on banks’ profitability of higher provisions and lower fees and commissions, allowing them to reprice floating-rate corporate loans and achieve higher returns on their investment portfolios, said Moody’s.

Credit growth will be muted, with most banks already reporting flat or negative lending growth, with the exception of Al Rajhi.

Non-oil GDP, a key driver of banks’ business activity, will grow by just 2 per cent, keeping credit growth subdued at around 3 per cent.

Provisioning costs will rise and fee income will fall as the economy slows, with corporate-focused lenders, Samba, BSF, Riyad Bank and to a lesser extent NCB being more vulnerable, as their clients are exposed to reduced government spending on infrastructure and construction projects.

However, the report also stressed that all five banks have ample liquidity and strong capital buffers, with all banks reporting Tier 1 capital ratios above 15 per cent.

“These capital levels by far surpass the minimum regulatory ratio of 8.5 per cent and provide the banks with high loss-absorption capacity,” it added.

In March this year, Moody’s raised its outlook for Saudi Arabia’s banking system to “stable” from “negative”.

“Despite low oil prices, which we expect to fluctuate between $40 and $60 a barrel over the next 18 months, and cuts in oil production, the Saudi economy will gradually recover, supported by government spending,” Moody’s vice-president Olivier Panis said in a statement.

“As a result, Saudi banks’ liquidity and funding conditions will improve. Although profitability and loan performance will continue to soften, Saudi banks will maintain robust capital and loss-absorption buffers compared with regional and international peers over the outlook horizon.”