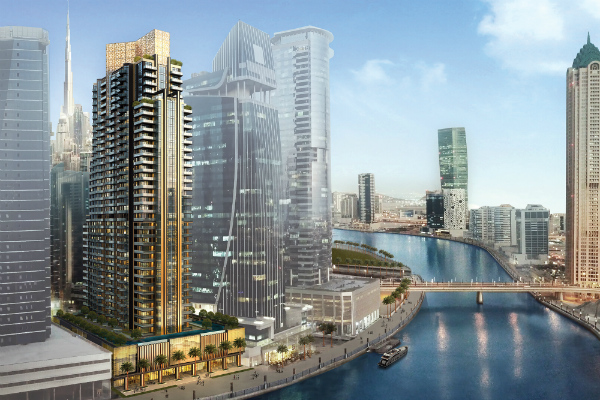 Major Saudi Arabian real estate developer Dar Al Arkan is planning a project in Dubai and considering whether to invest in Morocco and Europe as it begins to expand internationally, its chairman Yousef al-Shelash told Reuters on Tuesday.

“We have a good opportunity now to grow outside Saudi because we have the cash, we have the capability,” Shelash said, adding that Dar Al Arkan had a cash position of almost SAR3bn ($800m).

The company is launching its international business with a Dhs800m ($218m) development in downtown Dubai. It will start construction in early 2018 of a 34-storey waterfront skyscraper with luxury apartments.

It is also looking for projects in Morocco, and is studying whether to acquire a fixed income asset such as a hotel or a residential or business tower in European cities including London, Frankfurt and Berlin next year, Shelash said.

In June last year, Dar Al Arkan said it was in talks with the Saudi government to provide housing units under the kingdom’s economic reform plan.

The plan said the Ministry of Housing would spend a total of SAR59.2bn over the five years through 2020 to ease the country’s shortage of affordable housing through schemes such as a loan guarantee programme and faster licensing procedures.

On Tuesday, Shelash said the company was still in talks with the ministry on project sales, off-plan sales and housing developments, and that at least one agreement could be reached as early as next month. He did not give details.

Shares in Dar Al Arkan have been a focus of the Saudi stock market in recent weeks, soaring to a close of SAR13.99 in heavy trade on Sunday from around SAR7.50 in mid-November, when international index compiler MSCI said it was adding the stock to its Saudi Arabia Index.

On Monday, however, the stock plunged 9.9 per cent. Many analysts think it may have become overvalued, trading above 50 times trailing earnings.

Shelash did not comment on the stock price on Tuesday but asked about the company’s performance, said it had just started to implement a new strategy that it had developed two years ago.