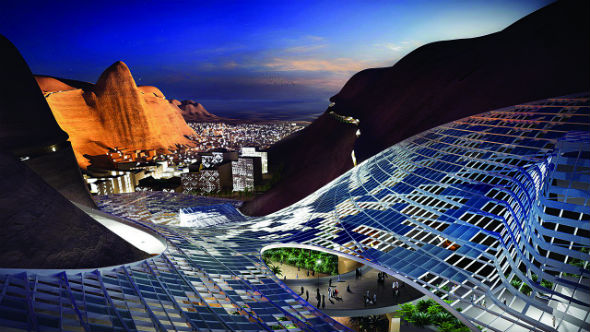 Power demand in the country has proved to be a huge problem, primarily as a result of a fast-growing economy and population. Households account for 80 per cent of total electricity consumption, 70 per cent of which is for cooling. Given that crude is sold to domestic power stations at about $4.50 per barrel – significantly below export parity when Brent is trading at about $120 per barrel – this reduces efficiency and encourages waste.

The government’s answer so far has been to upgrade its existing network of power stations, while increasing gas as their feedstock. Currently 66 per cent of power is gas generated, the remainder is liquid and crude based.

It has also vowed to use nuclear power to provide 21,000MW of energy by 2032 and signalled it will start drilling this year for shale gas, a method where oil and gas is obtained with new technologies from unconventional deposits.

Saudi Arabia may have access to as much as 645 trillion cubic feet of technically recoverable shale gas, the world’s fifth-largest deposits, according to estimates by Baker Hughes.

Externally, there is a threat taking place from the shale revolution in the US and around the world, so much so that reports have surfaced that Gulf leaders are considering rethinking their economic policies in response.

Increasingly though there is a push in Saudi towards renewables, including solar and wind power. And as this sector opens up it will provide fertile ground for local and international energy companies and suppliers.

In February, a government white paper estimated that by 2032 54GW would be generated by clean technology. The ‘roadmap’, published by the King Abdullah City for Atomic and Renewable Energy (KACARE), the government’s alternative energy arm, said Saudi aims to issue a request for prequalification for the first solar renewable plants within two months, a final tender within three months and to award contracts within a year.

It said the initial contracts would be part of an ‘introductory’ procurement round of 500-800MW, but that it would launch two more tenders within three years for seven GW of installed capacity. It said 5.1 GW would be installed in the first five years.

Saudi announced late last year that it is seeking $100 billion in investment to build enough solar energy capacity to supply a third of the nation’s electricity demand.

Apart from solar, wind is the next big resource in Saudi that will be exploited. Although it is still in its nascence, research projects have already commenced for the development of wind energy. A research study published in the Journal of Renewable and Sustainable Energy surveyed five cities from 1995 to 2002 and outlined the conversion viability of wind energy off and on grid.

The cities of Arar and Dhulum were designated as cities having potential for off grid remote wind turbines, according to the research. The study also suggested the use of grid connected wind turbines to power the two cities of Yanbo and Dhahran as part of a pilot project. The city of Gassim was found to have wind potential lower than the other cities with speed not adequate for commercial production.

In the Middle East, wind speeds are more consistent than other regions, particularly on the Saudi side of the Suez Canal and the in the Empty Quarter (Rub Al Khali), yet there has been little to no momentum in the construction market locally.

The US surpassed China as the largest market in terms of new installations in 2012. Meanwhile, according to the Global Wind Energy Council, the wind energy market in 2012 had annual growth of almost 10 per cent, and cumulative capacity growth of about 19 per cent.

The Mena region had a quiet year, with only one 50 MW project completed in Tunisia, while sub-Saharan Africa’s first large commercial wind farm came on line in 2012, a 52 MW project in Ethiopia.

Compared to solar, wind energy, as well as geothermal and waste-to-energy power plants formed a smaller part of KACARE’s roadmap for renewables.

Grant Thomas, HSBC’s head of resources and energy group for Mena, says Saudi has clear-sighted and ambitious plans and banks and debt capital markets will be required to provide significant financing.

“To fund projects like KACARE’s solar power plants, investors will require a regulatory framework that enables stable and predictable long term cash flows. The well understood IWPP model in Mena for gas and oil fired power generation and desalination is a good example of a regulatory framework working in practice.”

Thomas said key themes in this will be the US dollar and Euro linked power purchase agreements, which will take or pay for a certain amount of electricity output and assign priority of dispatch. “The latter point is relevant because renewable assets are not ‘manageable assets’. Put simply, they cannot be managed in terms of how much energy they produce. Rather, the energy is taken as it is produced.”

He added: “In terms of investments, most of the international players are already entering into discussions with local companies for the establishment of joint ventures. Any new investor will require local know how and, especially for solar thermal and local construction capacity.

In its Renewable Energy Country Attractiveness report in November, the firm said the country has a wealth of project finance experience and has hosted several landmark deals in the energy sector. “Saudi has quickly made it onto the list of focus markets for investors and technology providers,” it said.

Thanks to the government’s investment in the grid over the last decade, it is believed that Saudi could provide up to 10 per cent of its total electricity capacity through renewable energy, without significant impact on power quality, according to the PV Group.

The strikingly high solar radiation of around 2,550kWh/m2/ year (almost double the average radiation in Germany) and the availability of large stretches of empty desert that can host solar arrays, in addition to the vast deposits of clear sand that can be used in the manufacture of silicon PV cells, makes Saudi an ideal location for both CSP and PV power generation. While harsh desert conditions, heat and dust can reduce system efficiency, long periods of intense sunshine should help compensate for this.

Ernst & Young’s report said other strong signals to the market include KACARE’s plans to launch a major renewable energy auction, similar to that being undertaken in South Africa. Although it added: “While the planned auction could potentially revolutionise the shape of the power sector in the region, the lack of previous experience in renewable energy deployment should not be overlooked. With current installed renewable energy capacity being almost negligible, Saudi still needs to go a long way in building its track record and credibility in the sector.

There is, of course, unwavering confidence in Saudi’s financial backbone and public spending outlook, given the substantial petro- dollar income of recent years.

Saudi has been boosting spending recently on welfare and housing construction partly as a reaction to the regional political unrest in order to ease domestic tensions.

Hannes Reinisch, senior manager for renewable energy and sustainability at PwC, says: “Do we need global companies to invest in Saudi Arabia? Yes of course, but this should be alongside local companies who have the opportunity at their doorstep and a healthier balance sheet than many European or North American companies have these days.

“How? Once policy and regulation provide the frameworks and certainty required, this can take many forms – ranging from direct project participation in project development and financing support to specific renewable energy R&D projects undertaken in the region (such as those already happening at the Masdar Institute) of which we need to see many more of if we want the region to emerge as a leader.

Reinisch added: “It is important to remember that the Middle East has specific environmental and technical requirements that can support a specialised evolution of solar technology and its implementation.”

Indeed, with such ambitious targets for installation of renewable energy there exists ample opportunity for suppliers to penetrate the Saudi market. The companies and suppliers have a chance to focus on tie-ups and setting up manufacturing facilities to tap the domestic, as well as booming regional market for renewable energy equipment. Experts say the import of equipment may seem to be great opportunity now but to tap market for long-term gain there needs to be local manufacturing facilities.

KACARE research suggests that direct employment opportunities in alternative energy will generate an additional 137,000 jobs and there will be an extra $51 billion contribution to Saudi GDP.

At a policymaker and regulatory level, Saudi is considered fairly inexperienced in relation to the deployment of renewables. As a result, some experts argue leaders in the Middle East should do more to share their experiences, including all aspects related to the introduction of renewable energy, ranging from the design of policies to the creation of a local manufacturing capacity.

Most countries in the region have already adopted renewable roadmaps like Saudi, but generally these goals are not being sufficiently supported by appropriate strategies and agencies, according to some industry experts.

Obviously, any such intra-regional cooperation cannot be expected to take place at the expense of cooperation with countries that already have extensive experience with renewable energy.

But throughout the region, some still argue that there are effectively no strategies in place helping to achieve such targets, especially around comprehensive workable legal frameworks for the support of renewable energy. The implementation of such strategies through binding laws can provide the security and stability sought by investors in renewable energy.

In this sense, the Saudi government will be expected to be a key driver as it increasingly turns to the renewable energy industry for answers to its power generation problems. All this, while at the same time prudently laying the groundwork for investors.