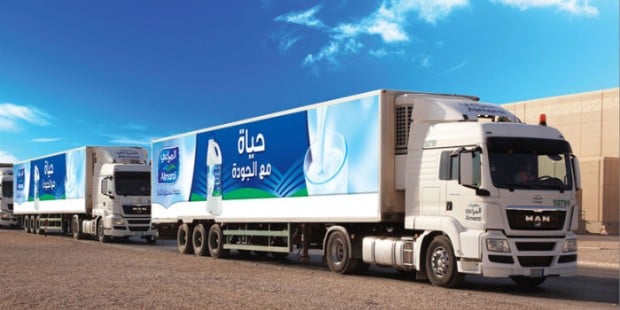 The board of Saudi Arabia’s Almarai has approved a capital investment plan which will reach SAR21 billion ($5.6 billion) in the next five years, it said on Tuesday.

The Gulf’s largest dairy firm said the 2016-2020 programme will replace their existing investment plan — which foresaw spending worth SAR15.7 billion between 2013 and 2017 — and would cover expansion in the areas of farming, manufacturing, distribution and logistics.

“The objectives set by the board include increasing further its presence in all segments and geographies where it operates, targeting to double consolidated sales, while improving the financial performance,” it said in a statement.

Almarai is present in the six Gulf countries as well as Egypt and Jordan. It also owns Fondomonte, an Argentinian farming firm which supplies feed to its dairy herd.

The company posted a 12 per cent rise in first quarter net profit to SAR306.5 million ($81.7 million) in the three months to March 31, aided by a 11.7 per cent year-on-year increase in first-quarter sales, which rose to SAR3.04 billion.

Food companies in the Kingdom are drawing significant interest from investors, who see the sector as a way to tap into the growing wealth in the region.

The firm is expected to benefit from the opening of the Kingdom’s equity market to direct foreign investment on June 15 and has been included by index compiler MSCI in its standalone Saudi index set to be launched on June 1.

Investments required for product renovation and innovation have also been factored in the plan, it added.