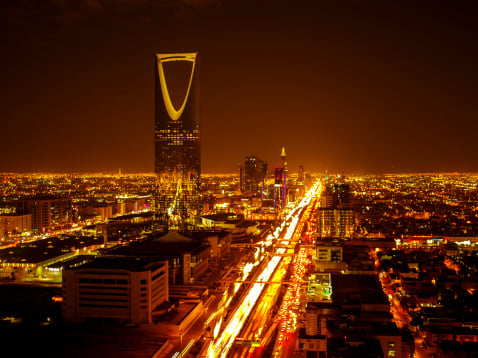 Saudi Arabia’s planned $16bn syndicated loan, one of the largest ever in emerging markets, will cut the kingdom’s cost of funding by paying banks much less than on previous borrowings.

The ministry of finance said on Twitter that it would offer banks a margin of 75 basis points over the London Interbank Offered Rate (Libor) for the loan, which Saudi Arabia’s Debt Management Office plans to close by mid-March.

Offers from international banks for the loan, which will refinance, extend and increase an existing $10bn facility raised in 2016 and due in 2021, exceeded $20bn, it said.

Saudi Arabia’s loan in 2016 was its first jumbo debt deal after a slump in international oil prices hit its finances. It offered banks a margin of 103 basis points over Libor. Since then, the kingdom has issued $39bn in international bonds.

Once completed, the revised debt facility will comprise an Islamic tranche corresponding to more than 30 per cent of the size of the loan, which means in excess of $5bn, the ministry of finance said on Twitter.

“I think the pricing reduction will reflect positively not only on Saudi Arabia’s upcoming bond sales, but will also have a ripple effect on the yield curves of better rated Gulf sovereigns such as Abu Dhabi and Kuwait.”

A new Saudi dollar bond sale could be marketed over the next few weeks, banking sources told Reuters last month.