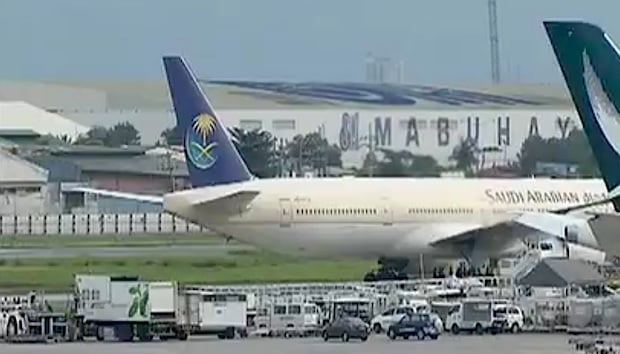 An aircraft operated by Saudi Arabian Airlines (Saudia) was placed in “isolation” at the Manila airport following fears of a hijacking.

Flight SVA 872 from Jeddah landed at around 3.00pm local time at the Ninoy Aquino International Airport (NAIA) and was isolated at a secluded portion of runway six, according to local media reports.

Anti-hijacking operatives were reportedly seen in the area.

Saudia plane from KSA isolated at NAIA. Situation still unclear. Pax of aircraft should have disembarked at 1 pm pic.twitter.com/I0P93yUiHw

The Manila International Airport Authority said it received advice from the Manila control tower that the flight was under threat 20 miles before landing.

However, the hijacking threat was a “false alarm” and the incident is now over, the airline confirmed.

NAIA general manager Ed Monreal also said the Saudia flight made a “distress call” but eventually said it was “a mistake”. The pilot allegedly hit the “hijacking” button by mistake.

According to ABS-CBN channel, there were around 300 passengers onboard the plane. Many of them were apparently returning from the haj pilgrimage in Saudi Arabia.

ON THE PHONE: Sharief Macabando, a relative of passengers of SVA 872 says his relatives in the plane are "ok." pic.twitter.com/kynSDS0GBA