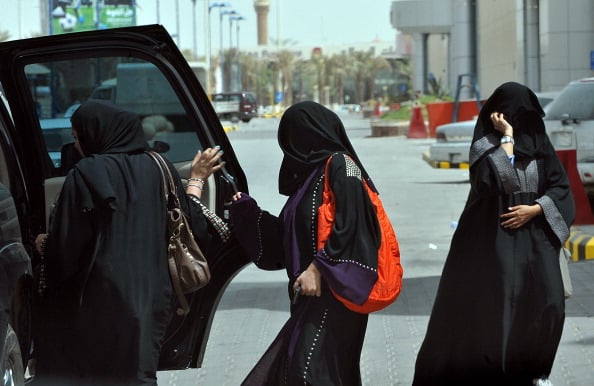 Saudi Arabian women rejoiced at their new freedom to drive on Wednesday, with some taking to the roads even though licences will not be issued for nine months.

Hundreds of others chatted with hiring managers at a Riyadh job fair, factoring in the new element in their career plans: their ability to drive themselves to work.

“Saudi Arabia will never be the same again. The rain begins with a single drop,” Manal al-Sharif, who was arrested in 2011 after a driving protest, said in an online statement.

King Salman announced the historic change on Tuesday, ending a conservative tradition which limited women’s mobility and was seen by rights activists as an emblem of their suppression.

Saudi Arabia was the only remaining country in the world to bar women from driving.

At the jobs fair, Sultana, 30, said she had received four job offers since graduating from law school two years ago but turned them down because of transport issues.

“My parents don’t allow me to use Uber or Careem, so one of my brothers or the driver would need to take me,” she said, referring to dial-a ride companies.

“I’m so excited to learn how to drive. This will be a big difference for me. I will be independent. I won’t need a driver. I can do everything myself.”

She plans to start taking driving lessons when her family travels abroad for vacation.

Other women weren’t waiting. Internet videos showed a handful of women driving cars overnight, even though the ban has not been officially lifted.

The move represents a big crack in the laws and social mores governing women in the conservative Muslim kingdom. The guardianship system requires women to have a male relative’s approval for most decisions on education, employment, marriage, travel plans and even medical treatment.

The new initiative recalls previous modernising milestones that unnerved conservatives at first but were eventually accepted, such as the 1960s start of state education for girls and the introduction of television.

The decree is expected to boost the fortunes of 32-year-old Crown Prince Mohammed bin Salman, who has ascended to the heights of power in the kingdom with an ambitious domestic reform programme and assertive foreign policy.

A muted response from Saudi’s clergy, which has long backed the ban, suggested power shared between the Al Saud dynasty and the Wahhabi religious establishment could be shifting decisively in favour of the royals.

Many younger Saudis regard Prince Mohammed’s ascent as evidence their generation is taking a central place in running a country whose patriarchal traditions have for decades made power the province of the old and blocked women’s progress.

Sharif, the activist, described the driving ban’s removal as “just the start to end long-standing unjust laws (that) have always considered Saudi women minors who are not trusted to drive their own destiny.”

A driving instructor at a government-run centre said women called all day to inquire about registering a license, but he had received no instructions yet from the government.

Um Faisal, a mother of six, said her daughters would get licenses as soon as possible.

“Years ago, there wasn’t work outside the house. But today women need to get out and go places. This generation needs to drive,” she said, clad in a long black abaya.

The Saudi ambassador to Washington said on Tuesday women would not need their guardians’ permission to get a licence, nor to have a guardian in the car when driving.

In a country where gender segregation has been strictly enforced for decades in keeping with the austere Wahhabi form of Sunni Islam, the decree means women will have regular contact with unrelated men, such as fellow drivers and traffic police.

Other rules have loosened recently, with the government sponsoring concerts deemed un-Islamic by clerics, allowing women into a large sports stadium for the first time and permitting them to dance beside men in a central Riyadh street over the weekend.

Amnesty International welcomed the decree as “long overdue” but said there was still a range of discriminatory laws and practices that needed to be overturned.

That risks inflaming tensions with influential Wahhabi clerics with whom the ruling Al Saud has enjoyed a close strategic alliance since the kingdom’s founding.

The state-backed Council of Religious Scholars expressed support for the king’s decree. Grand Mufti Sheikh Abdulaziz Al al-Sheikh, who has repeatedly opposed women working and driving and said letting them into politics may mean “opening the door to evil”, has yet to comment.

Some Islamist clerics are currently in detention in Saudi Arabia following an apparent crackdown on potential opponents of the kingdom’s rulers this month.

Bernard Haykel, professor of Near East studies at Princeton University, said the driving announcement may help explain that.

“They might have raised a storm against the government by mobilising opposition in the name of religion. They have been stymied,” he said.

Still, some men expressed outrage at the about-face by prominent clerics, who in the past have sometimes justified the driving ban by saying women’s brains are too small or that driving endangered their ovaries.

“Whoever says this is permitted is a sinner. Women driving means great evils and this makes them especially sinful,” one Twitter user wrote.

Kawthar al-Arbash, a member of the Shoura Council, a government advisory body, acknowledged that resistance, saying: “That’s how things go. Everything new is accompanied by fears.