Saudi women to be allowed into sports stadiums | UAE News 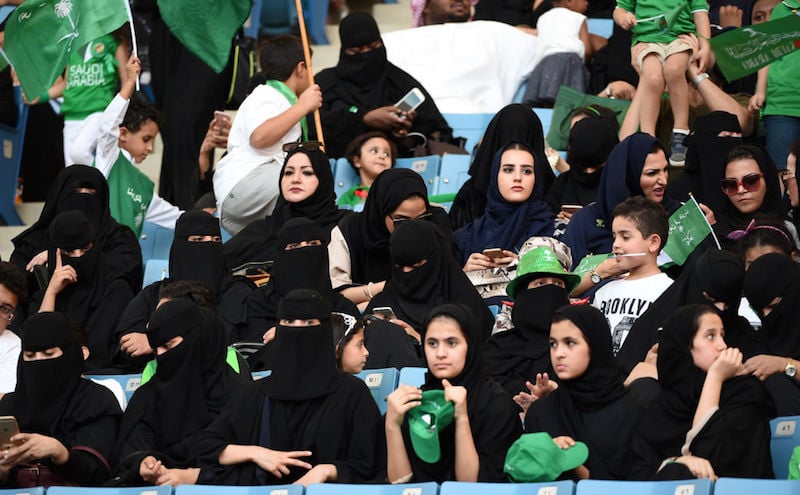 Saudi Arabia will allow women into sports stadiums for the first time from 2018 as the kingdom moves ahead with implementing large scale social reforms.

The announcement was made on Sunday by the General Sports Authority said on Twitter, confirming that three male-only stadiums would be opened up to families from next year.

“Starting the preparation of three stadiums in Riyadh, Jeddah and Dammam to be ready to accommodate families from early 2018,” the GSA said.

Restaurants and cafes would also be established inside the venues, the authority added.

The latest move comes after hundreds of women were allowed to enter a sports stadium in Riyadh last month in a one-off event to celebrate Saudi’s national day.

The kingdom is actively aiming to encourage the participation of women in sports.

Earlier this month, Princess Reema bint Bandar was appointed as the first female president of the Saudi Federation for Community Sports that manages sports-related activities for both men and women in the country. The move is hoped to encourage more women to exercise and get active.

Saudi Crown Prince Mohammed bin Salman has been aggressively pursuing ambitious reforms in the kingdom, and in late September, announced a landmark decision to allow women to drive from June 2018.

Read more: Saudi women to be allowed to drive from age 18