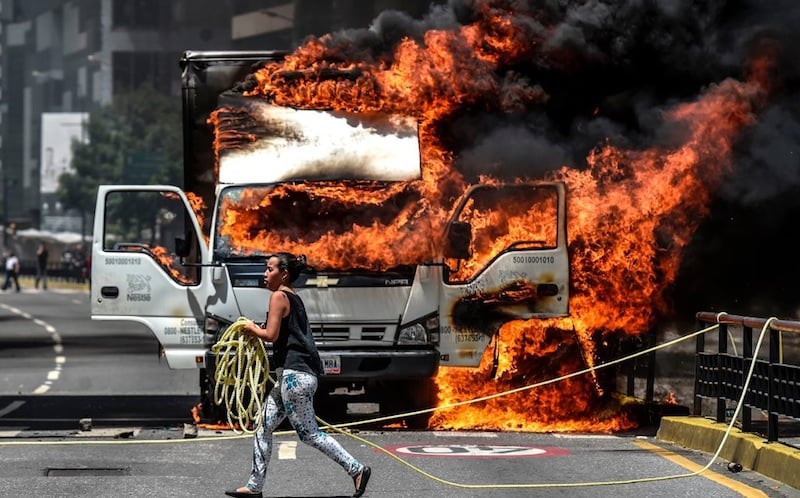 Saudi’s Ministry of the Interior has warned the country’s citizens not to travel to Venezuela due to the worsening security situation in the country, the official Saudi Press Agency (SPA) reported.

Venezuela has been in a state of unrest since April, with the opposition and the government clashing violently on the streets. Around 100 people have been killed in violence related to protests, with rioting and vandalism rampant across the country, according to reports.

Saudi’s interior ministry has received a report from the Ministry of Foreign Affairs on the arrest of several Saudi citizens by authorities at the Caracas International Airport in Venezuela “due to the unstable internal situation in the country”, SPA quoted Major general Mohammed bin Abdullah Al-Mara’oul, the director general of Public Relations and Information Directorate at the interior ministry, as saying.

No specific details were provided about why the Saudi nationals were arrested and whether they are now released.

The Saudi Embassy in Caracas said that a number of Saudi citizens have continued to arrive in Venezuela despite the bad security situation, stressing that the majority are Saudi students abroad who came to visit their friends without heeding to the internal situation in the South American country.