Saudi and UAE give $200m to Yemen for Ramadan - Gulf Business 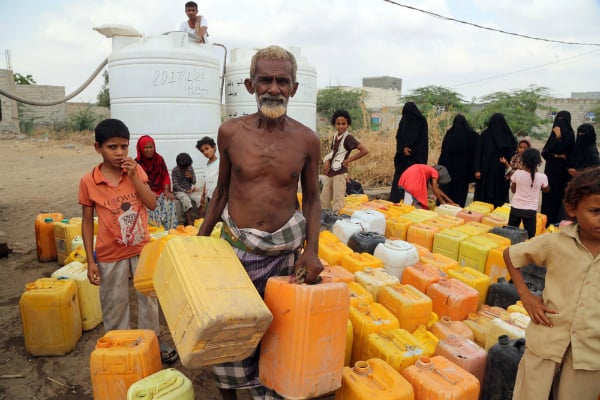 Saudi Arabia and the UAE will disburse $200m in aid to Yemen, to be spent during the holy month of Ramadan, the UAE’s Minister of State for International Cooperation said on Monday.

Both countries are working with humanitarian organisations to ensure the aid will be distributed in both Houthi and government-controlled areas, Reem al-Hashimy told a press conference in Abu Dhabi.

The aid is part of a $500m joint initiative announced in November.

The UAE donated $5.41bn between April 2015 and December 2018 to support emergency food aid, energy supply, and health services, according to ministry statistics.

Among international organizations, the biggest beneficiary was the World Food Program, which received $287m in aid from the UAE.

The UAE plays a leading role in Yemen’s conflict as part of the Saudi-led military coalition that intervened in 2015 against the Iranian-aligned Houthis to restore the internationally recognised government.

Tens of thousands of people have been killed as a result of the conflict, and more than two million have been displaced.

The conflict has pushed 10 million Yemenis to the brink of famine, and the impoverished Gulf country is suffering its third major outbreak of cholera since the conflict broke out.

During the month of Ramadan, which this year begins in early May, Muslims fast during daylight hours.