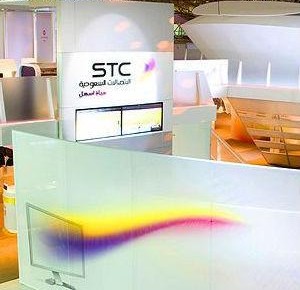 Saudi Telecom Co (STC), the Gulf’s No.1 telecom operator, reported a 79-per cent fall in fourth-quarter profit on Monday, missing market expectations, after it took one-time charges related to affiliates in South Africa and India.

STC, which is majority government-owned, made a net profit of SAR468 million ($124.8 million) in the three months to Dec. 31, down from SAR2.28 billion in the prior-year period.

Analysts polled by Reuters on average forecast STC – the largest Gulf telecom operator by market value, with operations across the Muslim world from Indonesia to Turkey – would make a quarterly profit of SAR2.4 billion.

The former monopoly attributed the fall in net profit to charges on adjusting the fair value on its investment in South Africa’s Cell C and Aircel in India – leading to a one-off non-cash charge of SAR641 million – and changes in Indian telecom regulations which resulted in a charge of SAR544 million, related to Aircel.

Revenue from services for the fourth quarter fell 1.7 per cent to SAR15 billion compared with SAR15.2 billion for the corresponding quarter last year.

STC said in a separate statement that it would issue a SAR0.5 per share dividend for the fourth quarter.

Shares in STC closed at SAR44 on Sunday.