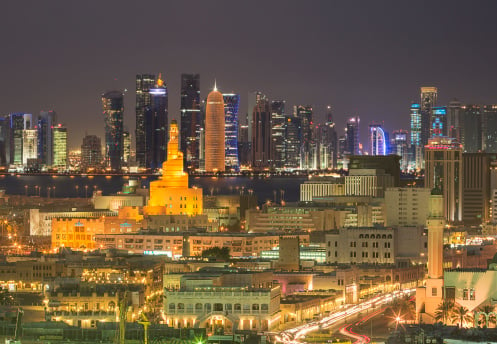 Less than a third of Americans consider Qatar a friend or ally to the US and two thirds are unsure if the US base in the country should remain, according to a new report.

The survey by Saudi publication Arab News and polling company YouGov comes as a June economic boycott of Qatar by Saudi Arabia, the UAE, Bahrain and Egypt over Qatar’s alleged terror links shows no sign of ending.

Of the 2,263 US citizens polled in July, 71 per cent were aware of the rift and 67 per cent identified it was because Qatar had been accused of supporting terror and interfering in other countries’ internal affairs.

Other findings from the survey showed 44 per cent of Americans that were aware of Qatari news broadcaster Al Jazeera associated it with giving a platform to terror groups linked to Osama Bin Laden. Only 18 per cent said the opposite and 38 per cent were unsure.

The closure of the channel has been one of the key demands of the Arab quartet since the rift began on June 5.

Another key topic was whether the Al-Udeid airbase in Qatar, which is home to 11,000 American soldiers, should remain in the country.

YouGov CEO Stephan Shakespeare said the US public “is not usually characterised by its high interest in foreign affairs, rather the opposite. However, this latest poll shows the current tensions between Qatar and its neighbours is gaining some significant attention”.

Despite this, another key finding of the poll was that 50 per cent of respondents did not have enough information to answer questions on their general perception of Qatar.

Of those that did, 34 per cent associated Qatar with accusations of terror financing and 16 per cent cited the country’s controversial hosting of the 2022 FIFA World Cup.