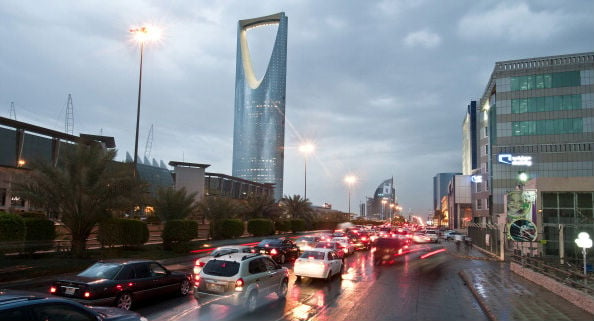 The booming Saudi population, which according to the latest figures stands at about 28.5 million, has caused serious concerns over domestic energy demand and the availability of adequate housing provisions.

The rapid rise from just over 27 million in 2010 is forcing the government to reconsider its energy mix and investigate the Kingdom’s large unconventional deposits – mainly in shale gas – and the potential for sustaining long-term growth.

Owing to the success of the economy, Saudi has seen a large number of expatriates taking up jobs over the years but it is expected that the Saudisation programme, which aims at promoting jobs for Saudi nationals, will see a higher proportion of Saudis employed over expatriate workers by 2015. Under the Nitaqat system launched in 2011, firms with between 10 and 49 workers have to have at least 10 Saudi nationals. Firms larger than this would have to employ more Saudi nationals accordingly.

As per compliance to these norms, firms are categorised as red, yellow and based on the percentage of Saudisation; red being the lowest. Firms falling into the red category would not be allowed to renew the work permits for their foreign staff.

Currently, Saudi benefits from the fact that a large proportion of the population is in its productive years. Age-related spending is currently much less compared to other advanced and emerging economies, however this is expected to rise in the long term as the old age dependency ratio is expected to quadruple by 2050.

In recent years, Riyadh has given high priority to education and health, as well as projects such as ports, railroads and water resources, all of which have been the recipients of large capital spending in the 2013 budget.

This is driven by the desire to create a more skilled domestic workforce, ease political tensions in the country and to diversify the economy away from heavy dependence on oil, in case of a future plunge in global oil prices.

Fundamentally, though Saudi will face challenges to create sufficient and affordable housing in the coming years for its growing population. Its attempt in the middle of 2012 to kick-start the home lending market by introducing a new mortgage law has largely failed to build confidence among potential borrowers.

The country’s population is overwhelmingly young, with only 2.4 per cent above 65 years of age, so much will be needed to meet a rise in home financing demand in the coming decades.

As the wind of international politics and regional political dissent has changed in the last decade, so too has Saudi’s geo-political outlook.

Since the 9/11 attacks, relations between Saudi and the US have become more complex but Riyadh continues to maintain a strategic partnership with Washington, which is fundamental to its security.

Experts say that the current unwritten security architecture ‘oil-for-security’ between the two has sometimes become contradictory due to many domestic, regional and international factors.

Saudi, for instance, has shifted its stance towards Asia, especially China and India, in search of the rapid development there that it hopes will provide a more reliable and long-term source of crude oil demand.

There is also the beginnings of a shale gas arms race emerging between the US and Saudi, as under President Obama’s recent guidance America has been transformed from the world’s largest gas importer to a budding exporter.

Saudi Aramco has more than doubled its proven reserves of conventional gas since 1987, and the start-up of the Karan gas field in 2011 provided a supply boost from a field whose output is not driven by global demand for Saudi crude.

But with a decade-long search in the Empty Quarter having unearthed no commercially viable conventional gas, Aramco has been mapping unconventional reserves – or shale gas – in the hope they will help meet an expected doubling of demand by 2030 in a country that bans gas imports.

At the same time, domestically Saudi’s leaders have to increasingly take popular sentiments into account as it becomes more difficult in the post-Arab Spring environment to disregard the reactions of its people on important economic and social issues.

As the GCC’s largest economy by far, the Kingdom will continue to seek regional political influence through its financial and Islamic ‘soft power’, as well as the industrial benefits from being the most important oil producer in the world, de facto leader of OPEC and the ‘central Bank’ of the world’s oil market.

It is also expected to continue its alliance with the EU to maintain stable long term market for its oil resources.

The turbulence in the Middle East and North Africa added a risk premium to oil prices in 2012 and this will likely remain the case for most of this year as uncertainty is likely to linger. Tensions surrounding Iran have also the potential to cause crude prices to remain elevated.

Political commentators say the current Saudi calculations are driven by a deep fear and suspicion of expanding Iranian influence.

They see Iran’s activities as dangerously provocative, not only in Iraq, but also in Syria, Lebanon, Palestine, Bahrain, Yemen, parts of Africa, and Southeast Asia. There are growing fears that in the event of a nuclear breakout by Iran, Saudi would feel compelled to build or acquire its own nuclear arsenal.