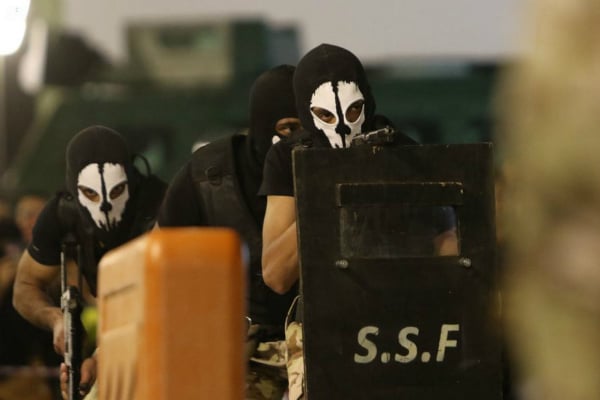 A Saudi soldier was killed during a raid against suspected militants in the town of al-Awamiya in the kingdom’s eastern Qatif province, Al Arabiya TV reported.

Violence in the restive area had appeared to become more rare since security forces largely flushed out Shi’ite Muslim gunmen last summer in a campaign which flattened much of the town’s old quarter.

Al Arabiya, in its report on Saturday, named the officer as Ahmed Hassan al-Zahrani and said he was killed “by extremists”, without providing details.

“During the raid on Thursday evening, several weapons and explosives were found. Security forces foiled the terrorist plots after the operation,” Arabiya added.

The town, in an oil-producing province and home to a large Shi’ite population, is a flashpoint between the Sunni Muslim government and Shi’ites complaining of discrimination.

Since 2011 the region has been shaken by frequent, though mostly peaceful, protests by the Shi’ite minority.

Shi’ite militants, angry over what they say is repression of their community, have sometimes repeatedly launched deadly attacks on Saudi security forces.

Saudi authorities said a Shi’ite judge was abducted and killed by wanted militants in December, and a militant suspect was shot and killed in January in a shootout.