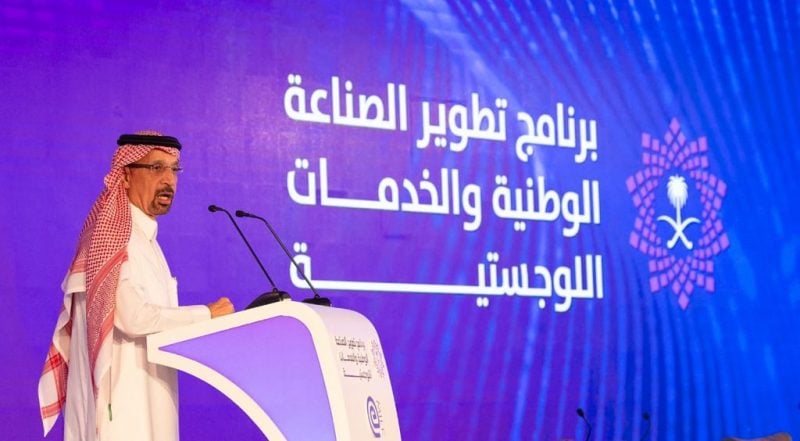 Saudi Arabia said on Monday it had signed agreements worth SAR204bn ($54.4bn) and offered fresh incentives to attract capital as part of a 10-year programme that would help diversify the economy of the world’s top oil exporter.

The kingdom is offering investment opportunities in mining, industry, logistics and energy through its National Industrial Development and Logistics Program (NIDLP).

That is part of an economic plan launched by Crown Prince Mohammed bin Salman in 2016 to end dependence on hydrocarbons and create jobs for young Saudis.

NIDLP aims to boost the contribution of these sectors to $320bn by 2030 to GDP, stimulate investments worth more than $426bn, and increase the volume of non-oil exports to over $260bn within an unspecified time period.

“The programme will be an outstanding achievement within the economic diversification process led by your royal highness,” Energy Minister Khalid al-Falih said at a day-long event where Prince Mohammed made a brief appearance.

“Those who bet on Saudi Arabia will not lose while your royal highness is steering.”

Prince Mohammed, who did not deliver remarks but posed for selfies with attendees, has been the main driver of efforts to transform Saudi Arabia’s economy and ease some social restrictions.

He has implemented reforms including ending a ban on women driving and opening cinemas in the conservative nation. But those moves have been accompanied by a crackdown on dissent, a purge of royals and businessmen on corruption charges, and a costly war in Yemen.

Among the announced deals, which included MOUs, was an agreement with French aerospace and defence company Thales and CMI of Belgium in military industry cooperation.

The Saudi Export Development Authority and the Saudi Industrial Development Fund reached a financing agreement worth $840m for the construction of the Trans-Saudi Arabia plant in Jazan for basic and transformational industries, one of China’s flagship Belt and Road Initiatives.

Chemical companies Alrafiyah and Eastman Chemical of the United States agreed to set up a factory for hydrocarbon resins worth nearly $500m.

The programme is also offering investment in projects such as plants that manufacture rubber, catalysts and vehicles.

The Saudi government will spend SAR100bn in 2019 and 2020 as part of its industrial development programme, according to NIDLP chief executive Aabed Abdullah al-Saadoun.

“How to ensure that the riyal that you’re spending on capex or opex is being spent wisely, efficiently,” he told Reuters on the sidelines. “That remains a challenge for sure: project execution.”