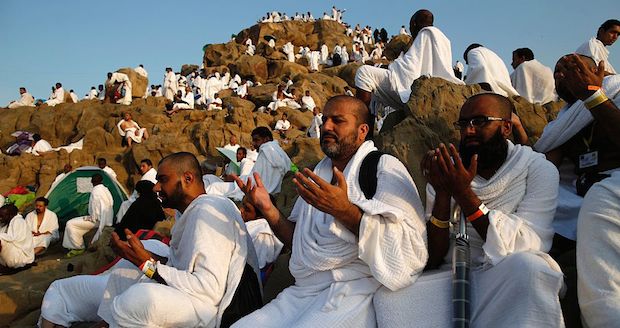 More than 100,000 members of the Saudi security forces will help protect the 2 million worshippers expected to participate in the annual Muslim haj pilgrimage this week, but no specific militant plots have been detected, a senior spokesman said on Tuesday.

The world’s largest annual gathering of Muslims has in the past seen deadly stampedes, fires and riots, with authorities sometimes struggling to respond.

Saudi Arabia, which stakes its reputation on its guardianship of Islam’s holiest sites and organising the hajj, has been hit by bombings by ISIL in the past two years.

The Islamist militant group, which launched attacks around the world after seizing large swathes of Iraq and Syria in 2014, is now on its back foot in those countries.

Saudi Interior Ministry spokesman Mansour Turki said the security services had dismantled a number of militant cells in Makkah and Madinah over the past few years.

“From our expertise and experience with al Qaeda and other terrorist organisations, we know that their members do not disappear just because the organisation is defeated,” he told Reuters in an interview.

“So we do not overlook the reality of such potential threats and we take all necessary preventative measures.”

Turki said strict measures were in place at the entrances to Makkah, Madinah and other holy sites as well as airports and seaports.

Asked if the authorities had detected any specific plots against this year’s hajj, he said: “Not at all. We have not detected anything but that does not mean we are ignoring what the terrorist groups could try to do.”

“We take each threat very seriously even if we don’t announce it.”

Turki said the security forces had taken all necessary measures to prevent a stampede like the one that killed hundreds of pilgrims in 2015, without providing details.

But he also urged pilgrims to abide by their assigned schedule for performing the sacred rituals.

“Each group must abide by the specified paths assigned to each while throwing the jamarat,” he said, referring to one of the critical stages of hajj, when pilgrims conduct the ritual stoning of the devil.