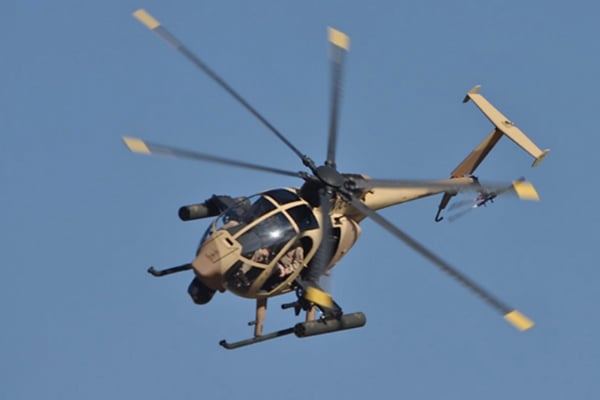 Saudi authorities have announced the death of an American trainer and injuries to a national following a helicopter crash at a military airfield outside Riyadh.

American Paul Reddy was named as the trainer killed in the incident and lieutenant Hisham bin Abdulaziz Al Al-Sheikh as the injured trainee.

Al-Sheikh was transferred to King Abdulaziz Medical City for treatment and his condition was described as stable.

It was unclear if Reddy was working for the US military or a civilian.

The helicopter involved in the accident was a Boeing AH-6i, which performs a light attack and reconnaissance role.

“Investigation committees are still completing their procedures to find out the causes of the accident,” the Ministry of the National Guard said.