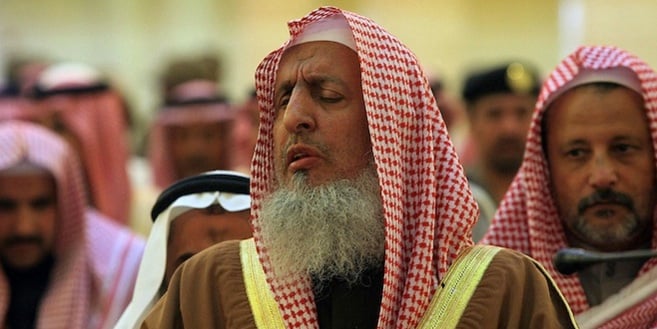 Saudi Arabia’s top cleric has defended the country’s ban on female drivers, saying it is “a dangerous matter that exposes women to evil”.

The kingdom currently has strict regulations prohibiting women from getting behind the wheel.

He also said that if women were allowed to drive on their own, their family members would not be able to keep track of their whereabouts.

Activists in Saudi Arabia have been campaigning hard in the last few years to allow women to drive.

In a protest in October 2013, many Saudi women took to the roads to defy the ban, later posting pictures of themselves driving online.

However, in 2014 the kingdom’s Ministry of Interior issued a warning that it would take strict action against any driver attempting to defy the ban and such efforts were “an opportunity for predators to undermine social cohesion.”

Activist Loujain al-Hathloul who drove from the United Arab Emirates to the Saudi border in protest in late 2014, was detained for two and half months before her case was dismissed and she was released.

In an editorial in The Saudi Gazette last month, female Shoura Council member Dr.Thuraya Al Areed again reiterated the call for women to be allowed to drive in the kingdom.

“Life would become much easier if Saudi women, among them your sisters and wives, were able to drive inside their country like they do abroad and like women in other parts of the world,” she wrote.

“Our continued hesitation will only delay a decision on this all-important issue and we will pay dearly for this indecision at economic and social levels.”