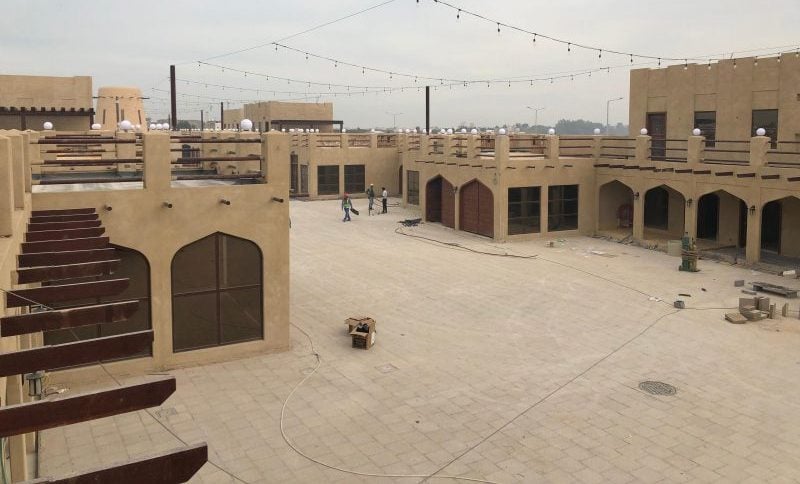 The old quarter of Awamiya, a town on Saudi Arabia’s oil-producing eastern shore that was once the centre of Shi’ite protests, was levelled in 2017 following a security campaign against gunmen the authorities accuse of having links to Iran.

The district’s maze of mud brick homes and narrow alleyways, which militants used for years to launch surprise attacks against police, have now been replaced by a shopping complex, events hall and expansive plazas dotted with palm trees.

The Riyadh government hopes investing in the broader area of Qatif after decades of alleged neglect will finally snuff out the violence.

These efforts are a test for the policies of Crown Prince Mohammed bin Salman, who has struck a conciliatory tone towards the kingdom’s Shi’ite minority while confronting arch-rival Iran in a decades-long struggle for influence across the Middle East.

Shi’ites have long complained of discrimination they say keeps them from senior government jobs, reduces state investment in their areas and leads to closures of centres of worship.

Security forces have repeatedly quashed mass protests in Qatif, starting with a 1979 uprising inspired by the Iranian revolution of the same year. At the time, another district in Awamiya was destroyed and turned into a parking lot.

In 2011, Arab Spring uprisings in other Arab countries sparked more fighting, drawing Qatif deeper into Saudi Arabia’s regional contest with Iran and ultimately leading to the demolition of a district in Awamiya known as al-Musawara.

The government has spent more than $60m to rebuild the 18-hectare (45-acre) al-Musawara and another $230m to compensate residents for hundreds of razed homes. More money is being pumped in to rehabilitate schools, hospitals and malls as well as beaches, a fish market, and an old fort.

Prince Mohammed, known as MbS, won Western plaudits for social and economic reforms that include committing the country to a more moderate form of Islam than the semi-official Wahhabi school, which has often been criticised as the ideology of radical Islamists worldwide.

But the reforms have been accompanied by a crackdown on dissent and a purge of top princes and businessmen on corruption charges. The murder of journalist Jamal Khashoggi at the kingdom’s Istanbul consulate last October has further raised doubts about whether MbS is serious about real change.

Following decades of repression, any attempt to improve sectarian relations will take time. And it is likely to face suspicion from Shi’ites, say Western diplomats and analysts.

“If the government is going after people like Khashoggi and the business elite in that harsh way, then just imagine how they would go after some Shia who makes trouble,” said Toby Matthiesen, senior research fellow in international relations of the Middle East at St Anthony’s College, University of Oxford.

Since becoming defence minister in 2015, the crown prince has taken a more assertive stance against Tehran, launching a war against Yemen’s Iranian-aligned Houthis and cutting ties with Qatar in part over accusations it is cozying up to Iran.

He has tried to distance that from domestic unrest, telling an American magazine last year that Riyadh’s problem was with the ideology of the Iranian regime, not Shi’ites. But critics say the government’s heavy-handed tactics have not changed.

Five human rights activists from Qatif, including a woman, are facing the death penalty in a trial condemned by rights groups and the United Nations.

A military vehicle sitting at the edge of al-Musawara, now rebranded Wasat (Central) Awamiya, is a reminder of street battles that left buildings pockmarked with bullet holes.

A day before Reuters visited the quarter on a government media tour last week, six people were killed in a security operation in another part of Qatif, raising concerns that militants quashed in one area will pop up in others.

Fahad Jubeir, mayor of Eastern Province, said he is confident that residents will embrace the government initiative.

“I expect it will have the magical effect of changing the area from a shelter for terrorists into a beacon of civilization,” Jubeir said, voicing hope that all traces of violence would disappear “very soon”.

A project manager said designers consulted with locals to faithfully replicate historical architecture amid concerns over the demolition of centuries-old buildings in a region where heritage is rarely preserved.

Gone are the covered passageways too tight for vehicles to pass, replaced by more than 5.5 hectares of green spaces.

Matthiesen, the scholar who has written a book about sectarianism in the Gulf, said even if residents are unsatisfied they are unlikely to resist amid growing repression.

“That doesn’t mean that it’s somehow going well or that it’s a new approach to the Shi’a. There’s just a general sense of frustration and fatigue,” he said.