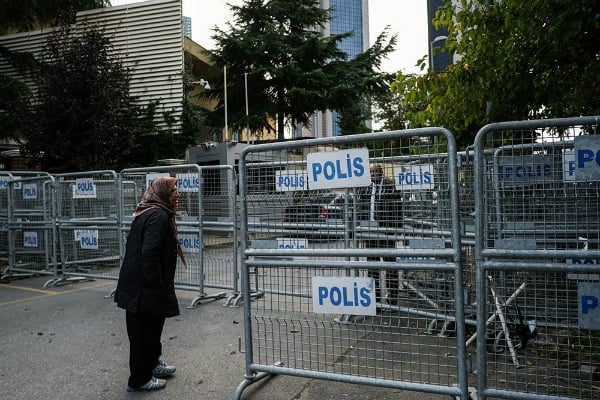 President Tayyip Erdogan said on Saturday Turkey values the outcome of the talks between the two prosecutors.

Anadolu said the Saudi prosecutor would inspect the Saudi consulate in Istanbul where Khashoggi was killed nearly four weeks ago.

Erdogan has expressed scepticism about Saudi’s shifting explanations of the killing and has called on the kingdom to hold to account all those responsible, no matter how highly placed.

Turkish prosecutors have prepared a request for the extradition from Saudi Arabia of 18 suspects who were arrested by Riyadh as part of the investigation.

Those suspects include a 15-man security team that Turkey says flew in hours before the killing and carried it out. Erdogan said on Saturday the extradition request was being relayed to Saudi Arabia via Turkey’s Justice Ministry.

Saudi foreign minister Adel al-Jubeir said those behind the killing would be prosecuted in the kingdom.

Turkey has said it shared information regarding the investigation with other countries, including the United States, Germany, France and Russia.