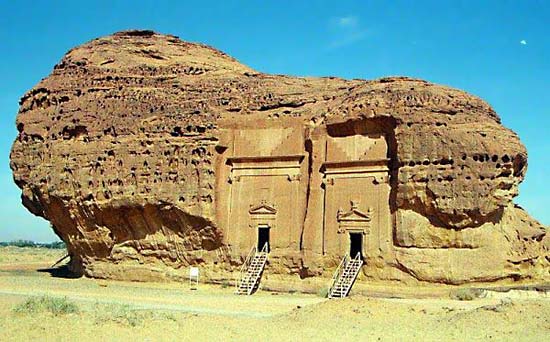 A professor at a Saudi Arabian university has claimed the American continent was discovered by Arabs centuries before the accepted founder Christopher Columbus arrived in the 15th Century.

Suleaman Al-Deeb, professor of ancient languages at the Riyadh-based King Saud University and researcher at the King Faisal Center for Research and Studies, believes America was discovered by Thamudic Arab tribes, evidenced by engravings at a military base in Colorado.

In an online interview, Al-Deeb said he was among 15 people from various parts of the world to discuss the engravings that were found to be in Thamudic Arabic, similar to that found in the Arabian Peninsula, Arab News reported.

According to the news site, Al-Deeb was sent the texts from America and deduced they were from the 10th century and compared them to rock fragments in the Arabian Peninsula, particularly in the kingdom, which have engravings from more than three thousand years ago.

Claiming to have had ‘no trouble reading them’, the professor added that these rock fragments are in the form of artworks recording the lives, religion, food and drinks of that era.

It is widely believed that Christopher Columbus discovered America in 1492. He led a Spanish-based trans-Atlantic maritime expedition which resulted in the discovery of the Americas.

Today Columbus is celebrated as the first European explorer to reach the continent, though another popular theory is that the Viking Leif Erikson reached North America before him in around AD 1002.