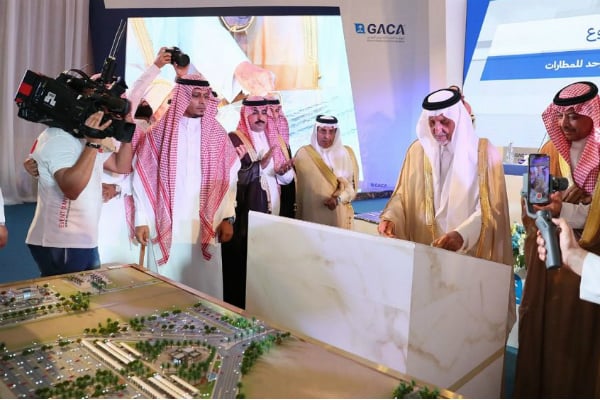 Makkah’s Prince Khalid Al-Faisal on Wednesday laid the foundation stone for a new airport in Qunfudah on the Saudi coast.

The facility will span 24 million square metres with a 20,340sqm passenger terminal featuring two gate with connection bridges and a first class lounge among other commercial facilities.

When completed, the terminal will be able to handle five flights per hour and roughly 500,000 passengers a year.

It will be the fourth airport in the wider Makkah region.

General Authority for Civil Aviation (GACA) chairman Abdulhakeem bin Mohammed Al-Tamimi said the facility would serve the people of Qunfudah and hundreds of nearby villages, while also providing jobs and investment opportunities.

“It is worth noting that the unified model of airports comes as part of the authority’s ongoing endeavour to develop and expand existing airports and to develop new airports in all regions of the Kingdom as a step towards reviving cities and supporting population growth,” Saudi Press Agency reported.