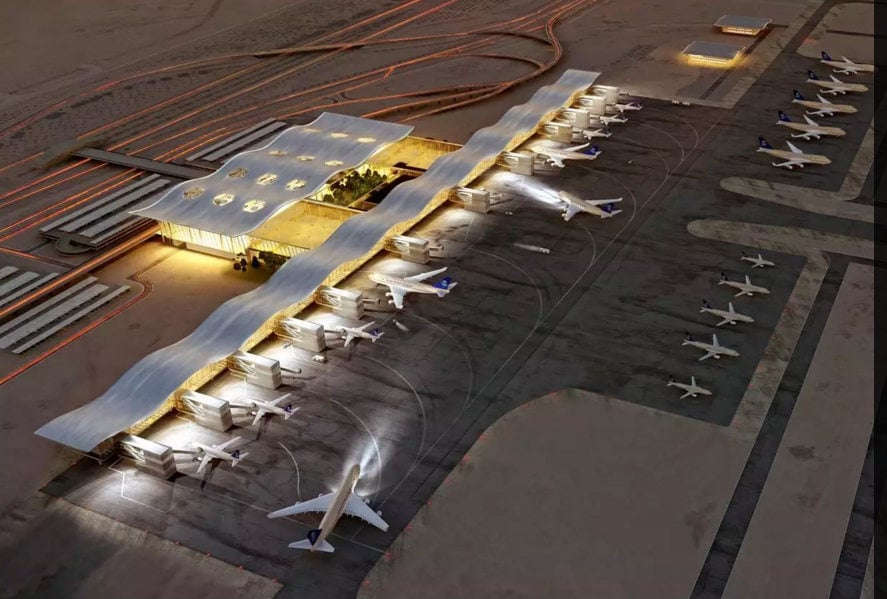 Saudi Arabia is reportedly considering the sale of a stake in Riyadh airport as part of plans to raise billions of dollars from privatisations.

Bloomberg cited sources as saying Saudi Civil Aviation Holding Co has asked local and international investment banks to pitch for the role of advisor for the sale of a significant minority stake in King Khalid International Airport.

The size of the stake and the amount of money raised has yet to be decided, according to the publication.

An advisor could be appointed before the end of July with the sale expected to be completed by early next year, the sources said.

Ownership is expected to be transferred to Saudi Arabia’s sovereign wealth fund in preparation for the privatisation.

Private equity firms and infrastructure funds are expected to be among the interested parties in the process which comes a year after the opening of a new terminal at the capital’s aviation hub.

Read: The terminal will offer some 36 check-in counters for Saudia customers

The kingdom is also pressing ahead with the listing of state oil giant Saudi Aramco as it seeks funds to aid its diversification efforts.

As a sign of the challenge the country faces, its gross domestic product shrank for the first time since the global financial crisis in the first quarter with a murky outlook for growth to the end of the year.