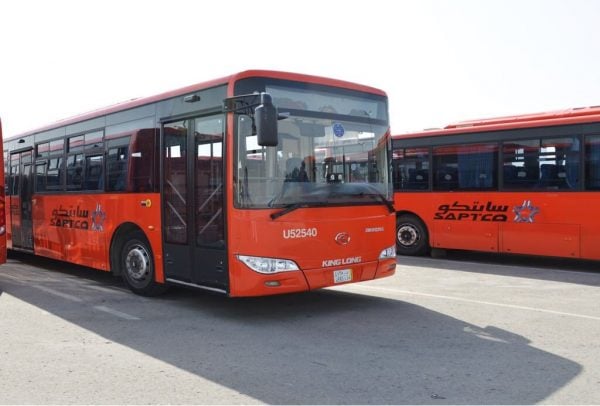 The Saudi Arabian Public Transport Company (SAPTCO) is planning to transport eight million people in the capital Riyadh ahead of the opening of the city’s $23bn metro next year.

SAPTCO officials told Saudi Gazette the company planned an extensive network in Riyadh after launching services there last month at the same time as the coastal city of Jeddah.

A total of 3,500 buses will cover 5,000 destinations in the Saudi capital with routes spanning from Aziziya in the south to the north and King Fahd Stadium in the east to the Diplomatic Quarter in the west.

The service will also be linked to the metro stations when they become operational.

“The main objective of the new public transport system is to reduce the use of cars by individuals inside the capital city to avoid traffic jams, prevent pollution and cut down the use of fuel,” a senior official was quoted as saying.

The buses will also be linked to advanced signal control systems and feature devices to count passenger numbers, all linked to a control room and four operation and maintenance centres.

The metro itself is planned to accommodate more than 365 million passengers per year in its opening phase and 1.3 billion per year in the future.

It comprises six six lines totalling 176km and 84 stations and will cover the most densely populated areas of Riyadh, including the King Khalid International Airport, King Abdullah Financial District and major educational, commercial and medical institutions.