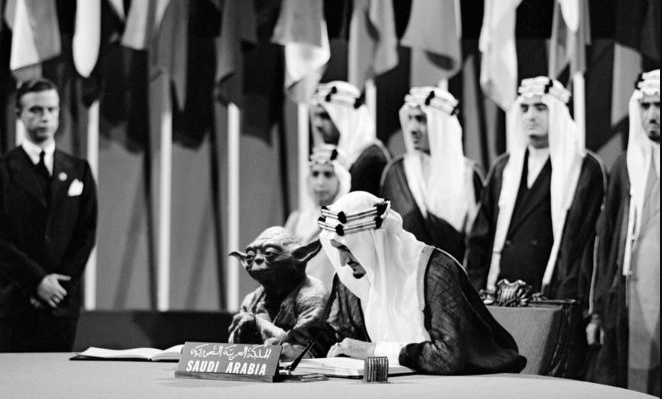 The image, showing Yoda sitting next to King Faisal as he signed the UN Charter in 1945, was originally created by Saudi artist Shaweesh as part of a series that placed pop-culture characters in Arab historical events.

It was unclear how it made its way into the social studies textbook for the current academic year.

Pictures of the page were quickly circulated on social media after the image was noticed and the incident made international headlines.

Al-Issa also ordered the firing of others who reviewed and approved the picture before it was printed and the formation of a committee at the company responsible for printing and reviewing educational books, Tatweer.

The committee, led by deputy minister of education Dr Abdulrahman bin Mohammed Al-Assami, will seek to restructure the department that handles curricula and educational programmes at the ministry.

Dr Rashid bin Ghayyad Al-Ghayyad has been appointed as the deputy for educational curricula and programmes in the interim period.