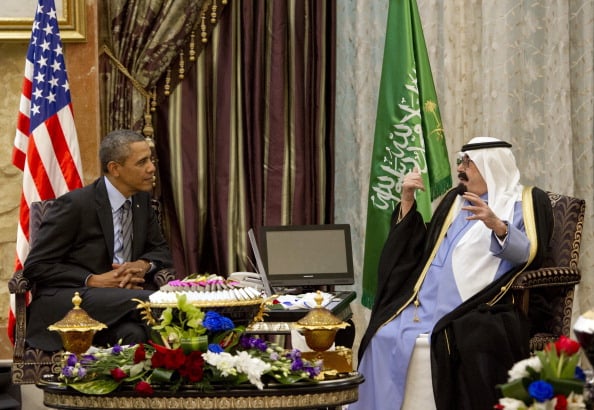 In its war against Islamic State in Iraq and Syria, the United States wants strong public support from Saudi Arabia, the birthplace of Islam and champion of Arab Sunni Muslims.

It’s not clear however that Riyadh will continue to oblige, concerned that the air strikes may be seen more widely as an assault on Sunnis and could ultimately bring Iran and the United States closer together.

At the root of the Saudi position is their view that Islamic State is the result of oppressive policies towards Sunnis by Iran-backed Shi’ite governments in Baghdad and Damascus – injustice they believe must be addressed before engaging in costly and dangerous military action.

On top of that, the Saudi leadership remains mistrustful of U.S. President Barack Obama after a series of disagreements following the Arab Spring. It is particularly worried that his hopes of a nuclear deal with Iran could lead him to abandon old Arab allies.

However, Riyadh wants to improve the position of Sunnis in Iraq following the replacement of Nouri al-Maliki, a close Iranian ally, as prime minister by Haidar al-Abadi, who is seen by the Saudis as more inclusive.

It hosted a conference last week to corral fellow Arab states into backing the U.S. position and hitched its own campaign of religious denunciation of the group to Washington’s military action. The Al Saud are pleased by Obama’s commitment to bomb Islamic State in Syria and train more moderate rebels.

Riyadh is not about to abandon its own efforts against Islamic State, which include tough security measures, because it sees the group as a dangerous threat.

But the degree of continued support for U.S.-led efforts is conditional.

Riyadh is now waiting to see how seriously the U.S. embarks on its training programme for rebels and how extensive its attacks on Islamic State inside Syria will be.

It also needs to see that strikes in Iraq do not kill Sunni civilians.

“The fear in this part of the world is that this war against Islamic State will also target the Sunni cities and towns of Iraq,” said Saleh al-Mani, a professor of political science at Riyadh’s Institute of Diplomatic Studies.

Meanwhile Saudi Arabia has tentatively reached out to the new Iraqi government, signing a statement last week that praised its as “inclusive” and hinting it may soon reopen its embassy there after more than two decades.

But it is unlikely to maintain its support unless it sees concrete moves to effect real change.

In particular, Riyadh wants Abadi to bring more prominent Sunni politicians, such as fugitive vice president Tariq al-Hashemi who was convicted by a Shi’ite judge of running Sunni death squads, back into government, and to create a new, non-sectarian, Iraqi army.

“If the new Iraqi government shows it is playing the role it is supposed to, I’m sure the Saudis will do what they can to change the mind of the Sunni tribes to distance themselves from IS and fight against it,” said a senior diplomat in the Gulf.

Military action by the Saudis themselves is very unlikely, analysts say, because its armed forces are unsuited to the mission, and because it would be embarrassing for a country styling itself a protector of Islam to join attacks in another Muslim country.

It has however agreed to host some of the training efforts for Syrian rebels, and already has a facility in Taif where it trained hundreds of Syrian rebels over the past year alongside Western special forces, the diplomat said.

Additionally the intelligence wing of the Kingdom’s Interior Ministry – run by U.S. ally Prince Mohammed bin Nayef – could have useful information about Islamists in Syria and Iraq. And Saudi’s large foreign reserves could defray the cost of military action for others, a role Saudi and Kuwaiti money played during the Gulf War of 1990-91.

But these contributions might not be made if Riyadh sees evidence of cooperation between the United States and Iran in Iraq, or if Washington makes any moves towards accepting President Bashir Assad’s continued reign in Syria.

“That’s going to be a difficult conversation between the U.S. and Saudi Arabia for some time, because they don’t see 100 per cent eye-to-eye on Iran,” said Ford Fraker, U.S. ambassador to Riyadh from 2007-09.