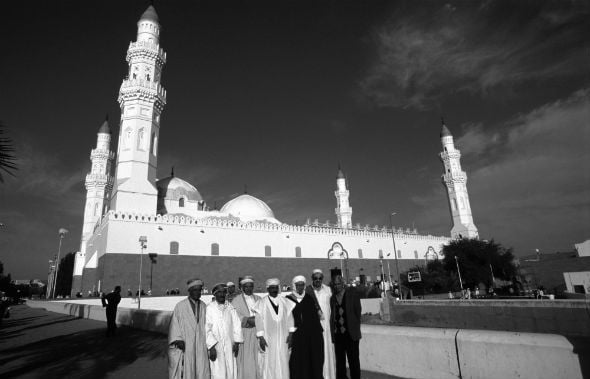 The historical area of Jeddah in Saudi Arabia, which houses ancient monuments, old mosques and heritage courtyards, may soon be listed as a world heritage site by UNESCO. But the chances of it becoming a global tourism hotspot anytime soon seem fairly slim.

While Saudi recently announced that Umrah visitors would now be allowed to travel across the country with licensed tour operators, the country has no immediate plans to open its doors completely to foreign travellers.

Speaking to reporters in Dubai, Prince Sultan bin Salman, president of the Saudi Commission for Tourism and Antiquities (SCTA), said: “Saudi Arabia already has 10 million people living and working there and it is open a lot to business people in terms of business practices that includes tourism. But more importantly, we are really focusing on our huge local market.

“We don’t really have to rush and import tourists while our capacity is not there and our infrastructure for tourism is not fully there. We started very late in tourism and we are currently focusing on converting it from a sector to a whole industry.

“We have practically gone about 90 per cent of the way now in terms of laws, regulations, infrastructure and projects,” he added.

The Kingdom saw a 14 per cent growth in tourism in 2012, according to the UNWTO world tourism barometer.

“We are pushing money into tourism destinations,” said Prince Sultan.

By 2020, the sector is estimated to employ 1.1 million people directly, and contribute to 3.5 per cent of the country’s total GDP. While domestic visitors will certainly help the country boost tourism, Saudi will have to relax rules and welcome international tourists if it truly wants to emulate Dubai’s success story.