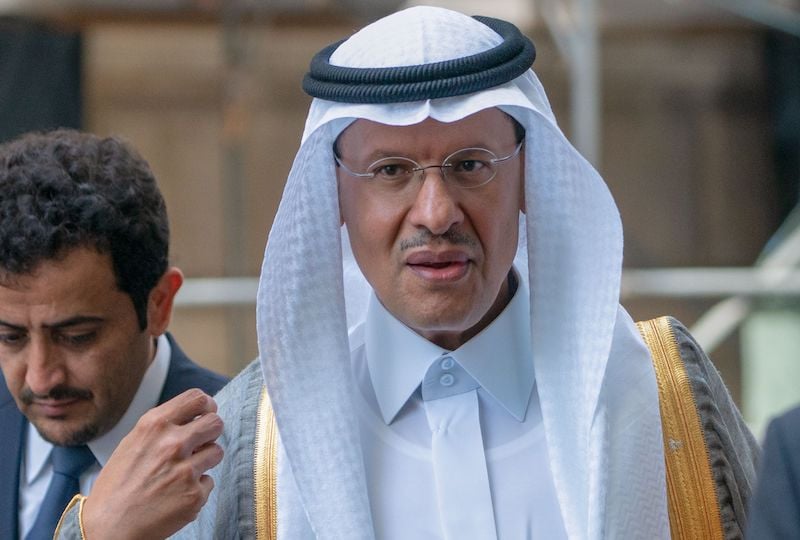 Saudi Arabia’s King Salman Bin Abdulaziz named his son Prince Abdulaziz as the country’s energy minister, replacing Khalid Al-Falih, who led three years of active OPEC diplomacy to forge a global alliance with producers such as Russia to limit production in order to prop up prices.

Will this change the policy, or will it affect Saudi Aramco’s plan for an initial public offering?

Who is the new minister in charge?

Prince Abdulaziz served as deputy petroleum minister for a dozen years and most recently as minister of state for energy since 2017. He is an older half-brother of the influential Crown Prince Mohammed bin Salman, though the pair aren’t believed to be close and are quite far apart in age. Prince Abdulaziz’s years in the ministry prepare him for the top role.

He has been a member of Saudi Arabia’s delegation to the Organization of Petroleum Exporting Countries and is a regular participant at the group’s meetings on production policy. He has a reputation for diligence and an ability to bridge differences between Saudi ministers and those of other members of the organisation. He was instrumental in managing oil affairs during the 1990 Gulf War and the secret talks with Mexico and Venezuela that led to output cuts which helped raise prices during that decade.

Promoting an oil policy that boosts prices to a level that can sustain government spending — a price some $25 a barrel higher than it is now — may be the top priority for the new energy minister. That task is even more urgent as the Crown Prince drives a reform plan to revamp the economy and forge new industries to wean the country off its reliance on oil. Higher prices would also support a richer valuation for the planned sale of a stake in state oil producer Saudi Aramco.

“From a policy perspective, we don’t see a significant change,” Majd Dola, portfolio manager at First Abu Dhabi Bank, said on Bloomberg TV. “Maybe fresh blood might bring some new tactic to the table in terms of negotiations, but it’s not a surprise that the kingdom is trying to control the oil price, trying to push it higher.”

How the appointment changes things

Prince Abdulaziz’s promotion concentrates the kingdom’s levers of oil policy-making directly in the hands of the royal family. While the Saudi king always had final say on decisions of government strategy, civil servants had headed the oil ministry since its founding six decades ago.

The Crown Prince heads a committee overseeing Saudi Aramco. The energy minister had served as chairman at the producer, formally known as Saudi Arabian Oil Co., until Al-Falih was replaced last week. Yasir Al-Rumayyan, the head of the sovereign wealth fund and an ally of the Crown Prince, took the role.

Those changes give the Al-Saud family direct oversight over both the company’s activities and the country’s oil policy.

The most unforgivable failure for a Saudi energy minister is an inability to keep oil prices high enough to support government spending. While the king didn’t give a reason for replacing Al-Falih in the Saudi Press Agency’s announcement of the decision, brent crude at about $60 a barrel isn’t enough to fund the Saudi budget, which needs prices at $80 a barrel or more.

Saudi Arabia, OPEC’s de facto leader, brought non-members like Russia into the group’s plan to trim output. While that worked at first, concerns over demand and the potential for looming economic hardship have halted oil’s ascent.

Al-Falih was the architect of the so-called OPEC+ policy, visiting frequently with his Russian counterpart Alexander Novak to bring some dozen other producers into the fold and to pressure countries to uphold their parts of the bargain. Prince Abdulaziz will have to continue those relations to maintain the policy — or persuade others a change is needed.

Prince Abdulaziz is set to speak this week in Abu Dhabi at the World Energy Congress, and his first public remarks as minister will be watched closely by the market. Analysts seem divided as to whether OPEC+ needs to maintain its production cuts or reduce output even more.

Saudi Arabia is unlikely to push for the coalition to make deeper cuts as this may fail to support oil prices for a number of reasons, mainly a potential increase in U.S. shale production and the risk that other OPEC+ nations may be tempted to restore output, the Oxford Institute for Energy Studies said in a report. OPEC may need to hold off on further market intervention and brace for “harder times” as the trade war and faltering demand cloud the economic outlook, it said.

Sanford C. Bernstein analysts including Neil Beveridge said OPEC needs to deepen current output cuts by 1 million barrels a day in 2020 to defend prices at $60 a barrel in the face of rising non-OPEC supply.