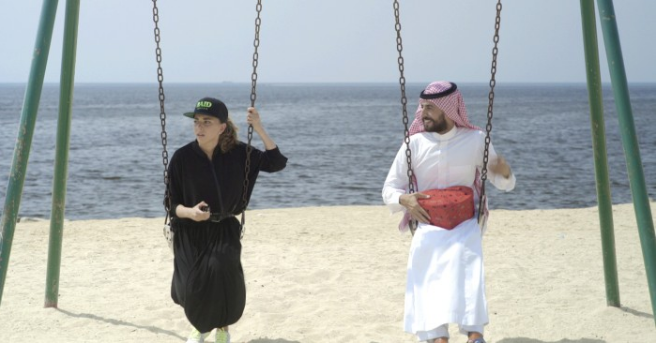 Saudi Arabian romantic comedy Barakah Yoqabil Barakah has won the prize of the Ecumenical Jury at the Berlinale International Film Festival in Germany.

The prize – awarded on Saturday by an independent six-member jury outside the festival’s main competition – was given to the debut film by director Mahmoud Sabbagh and starring Hisham Fageeh and Fatima Al Banawi.

Described on the Berlinale website as going to directors who have succeeded in ‘sensitising viewers to spiritual, human or social values’, the prize is shared with fellow movie Les Sauteurs, which depicts the plight of African refugees.

Baraksh Yoqabil Barakah is described as ‘a classic ‘boy meets girl’ story transposed to a refreshing and challenging context’, touching on issues including freedom within Saudi Arabia, the role of women in society and personal expression in spite of cultural sensitivities.

Sabbagh has previously called his movie a “coming of age story rather than a romantic comedy,” and said “my film is about public space, it’s about individual freedom”.

The Berlinale – also known as the Berlin International Film Festival – is one of the world’s leading film festivals. Founded in 1951, the festival has been celebrated annually since 1978. with up to 400 films shows annually.

The main awards – the Golden and Silver Bears – are highly sought after by industry players, with the 2016 top prize going to Italian refugee documentary, Fuocoammare.