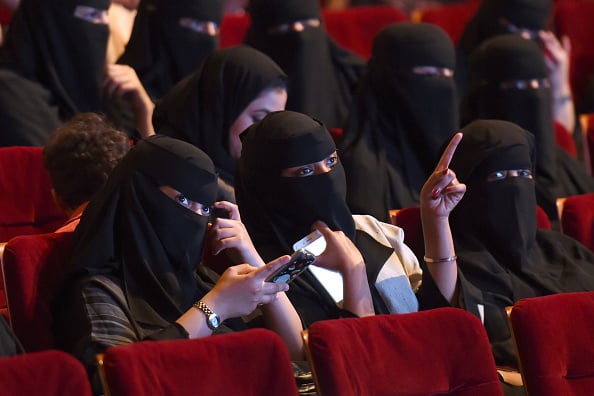 Saudi Arabia’s Ministry of Municipal and Rural Affairs has issued new technical requirements for the licensing of cinemas in the kingdom after the lifting of a decades-long ban.

US firm AMC Entertainment Holdings held a gala event for the opening of the first dedicated cinema venue since the early 1980s last Wednesday and tickets went on sale to the general public for the screening of Black Panther in the following days.

Among the requirements announced by the ministry are for standalone locations to be within the urban area of a city for commercial use.

They should be at least 100m away from petrol stations and locations selling fuel, commercial complexes, factories, schools and wedding venues.

Entry and exit points should be from a commercial street and at least 35m away from intersections to not disrupt traffic.

One car park space should be provided for every three seats and 5 per cent should be for people with special needs.

Cinemas in commercial complexes should have an entrance and exit through the complex and one parking space for every five seats.

Accommodation for theatre staff cannot be on the premises and basements areas are barred from use as parking or for commercial, recreational or warehouse purposes.

Other requirements include that cinemas in commercial complexes are on one of the main floors and that outlets provide male and female prayer and toilet facilities.

For all outlets, ticket, food and drink sales cannot take place in the surrounding seats or parking area.

Vox Cinemas, owned by Dubai’s Majid Al Futtaim, is expected to be among the largest cinema operators in the kingdom after the ending of the nearly 40-year ban.

The firm said last week that it planned to invest SAR2bn ($533m) to establish 600 screens in the next five years starting at Riyadh Park Mall.

Authorities plan to set up around 350 cinemas with over 2,500 screens by 2030, which they hope will attract nearly $1bn in annual ticket sales.

Majid Al Futtaim to invest Dhs1bn in VOX Cinemas until 2020