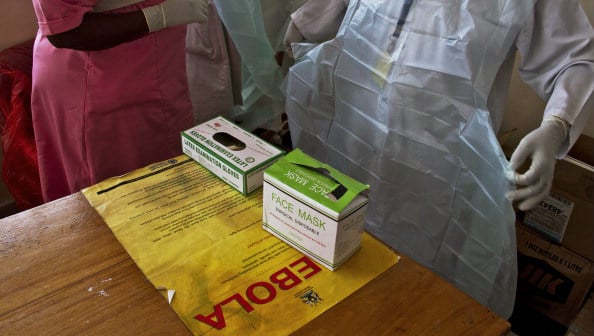 Saudi Arabia’s health ministry has confirmed that initial tests on a Saudi citizen, suspected of dying from the Ebola virus, have returned negative.

The man, who displayed symptoms of viral haemorrhagic fever, died last week after returning from a business trip to Sierra Leone.

Initial tests were conducted in Atlanta, US and the ministry said it was awaiting results from further tests by laboratories in the US and Germany, due within days, the official Saudi Press Agency (SPA) reported.

Ebola, one of the deadliest diseases in humans, has a fatality rate of up to 90 per cent and has claimed over 930 lives so far in West Africa since the current outbreak began late last year.

Last week, the World Health Organization (WHO) said that the outbreak represents a public health emergency of international concern and urged for strict measures to control its rapid spread.

Saudi recently announced that it has suspended umrah and haj pilgrimage visas for citizens from all Ebola-hit countries including Liberia, Sierra Leone and Guinea.

Health officials also said that they would be monitoring all passengers at the airports.

“We are checking pilgrims coming on airlines from West and Central Africa, and also from other countries, since pilgrims could have been on transit in the endemic countries and can potentially be carriers of the virus,” Sami Badawood, director general of the Directorate of Health Affairs in Jeddah was quoted as saying by Arab News.

He added that suspected cases would be quarantined and sent to a designated hospital for specialised treatment.