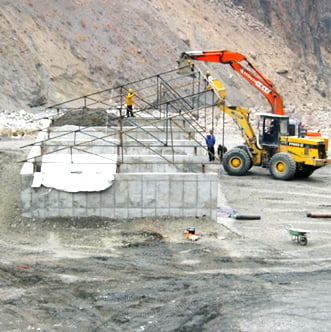 Saudi Arabia has agreed to lend $183 million to Pakistan as part of two agreements signed during a recent visit to the country by Saudi Crown Prince and Defence Minister Salman Bin Abdul Aziz Al-Saud.

Under the first agreement, Saudi Arabia will provide a credit facility of $125 million to Pakistan for the import of urea fertilizer from the Kingdom.

A second agreement outlines that the Saudi Fund for Development will lend an additional $57.8 million for the construction of the 106 MW Golen Gol hydro-power project at River Mastuj in Chitral.

The fund had previously provided assistance of $40 million for the civil works of the project, which is scheduled for completion next year. The project is being developed by the Pakistan Water and Power Development Authority.

During the three-day visit to Pakistan, Saudi officials also discussed mutual relations in areas of trade and defense.

Currently, annual bilateral trade between the two countries stands at around $4 billion, with the Kingdom among the top 15 importers of Pakistani products.