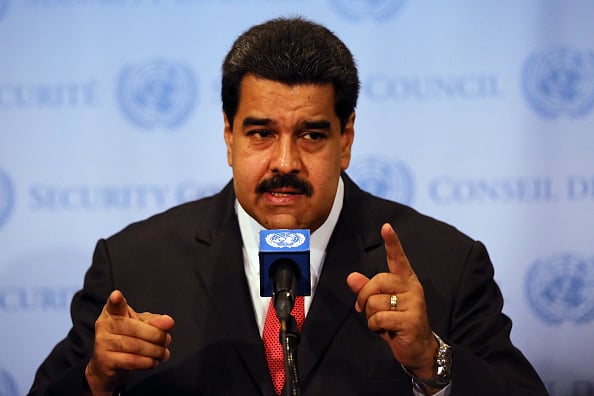 Venezuelan President Nicolas Maduro and Saudi King Salman have spoken on the phone and discussed OPEC, according to the South American country’s government, which is pushing for action to boost low oil prices that have battered its economy.

“Both heads of state agreed to deploy joint efforts to recover the stability of the oil market and strengthen OPEC,” Foreign Minister Delcy Rodriguez said on Twitter on Saturday evening.

There were no immediate further details.

Socialist Maduro has lobbied for months for an emergency meeting and coordination with non-OPEC nations, but OPEC’s Middle East producers have pledged to maintain high output in a fight to defend market share against rising competition.

This week Maduro reiterated calls for action within OPEC and beyond OPEC, mentioning controls on output and price bands, adding he would travel shortly to lobby for a meeting.

Maduro has already traveled to the Middle East and met with Russian President Vladimir Putin in his bid to prompt oil action.

But Saudi Arabia has said it sees no need to hold a heads of state summit nor interfere in the oil market. One OPEC source said that should such a meeting produce no concrete outcome, it would have a negative impact on prices.

And Russian Energy Minister Alexander Novak said on Wednesday his country had rejected requests from Venezuela and other OPEC member states to cut oil output, saying Moscow believed such a measure was unnecessary.