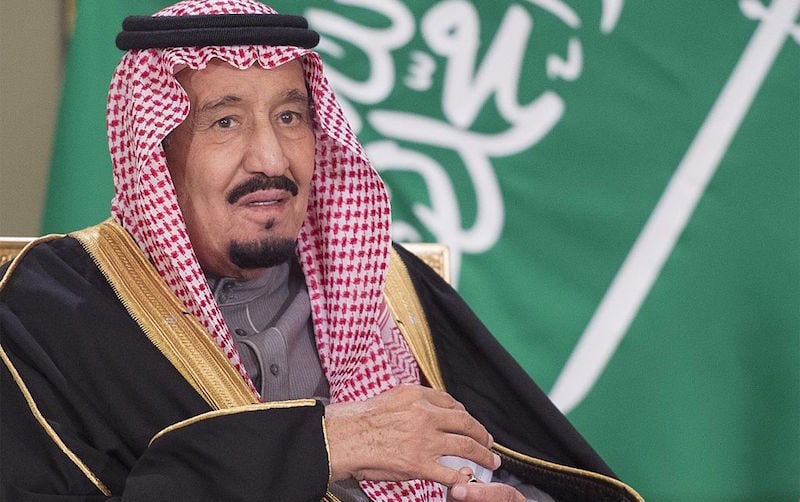 Saudi Arabia’s King Salman urged the international community on Monday to halt Iran’s nuclear and ballistic missile programmes, and reiterated the kingdom’s support for UN efforts to end the war in Yemen.

The king’s annual remarks to the Shura Council, a top governmental advisory body, were his first public comments since the murder of journalist Jamal Khashoggi at the country’s consulate in Istanbul on October 2, which sparked a global outcry.

King Salman, who did not mention the Khashoggi affair, condemned the actions of Iran, its arch-rival for influence in the region, including in the conflicts in Syria, Iraq and Yemen.

“The Iranian regime has always intervened in the internal affairs of other countries, sponsored terrorism, created chaos and devastation in many countries in the region,” the 82-year-old monarch said.

“The international community has to work to put an end to the Iranian nuclear programme and stop its activities that threaten security and stability.”

The king said Riyadh supported UN efforts to end the conflict in Yemen, where a Saudi-backed coalition has been battling Iran-aligned Houthi rebels for nearly four years to restore the internationally-recognised government.

“Our standing by Yemen was not an option but a duty to support the Yemeni people in confronting the aggression of Iranian-backed militias,” he said.

The Houthis said on Monday they were halting drone and missile attacks on Saudi Arabia, the United Arab Emirates and their Yemeni allies, and indicated readiness for a broader ceasefire if the Saudi-led coalition “wants peace”.

Riyadh has come under growing international criticism for its conduct of the Yemen war, which has brought the country to the brink of famine and killed many civilians in air strikes.

The reputation of Saudi Arabia, the world’s top oil exporter, has been further battered by the Khashoggi murder.

The king had largely stepped back from active political life and handed extensive authority to his son and heir apparent, Crown Prince Mohammed bin Salman, but is now trying to defuse the crisis sparked by the murder and shore up the crown prince.

In his speech, King Salman said Saudi Arabia would continue working with OPEC and non-OPEC members to maintain stability in global energy markets.

He also reaffirmed Saudi support for a Palestinian state with East Jerusalem as its capital, a long-standing position thrown into question last year when the crown prince appeared to back a nascent US peace plan that aligns with that of Israel on key issues.

Last week, after offering numerous contradictory explanations for Khashoggi’s disappearance, Riyadh said he had been killed and his body dismembered when “negotiations” to convince him to return to Saudi Arabia failed. The public prosecutor said it would seek the death penalty for five suspects in the case.

Turkish President Tayyip Erdogan has said the order for the killing of Khashoggi came from the highest level of the Saudi leadership but probably not from King Salman, putting the spotlight instead on the 33-year-old crown prince.

US President Donald Trump has suggested ultimate responsibility lies with the prince as de facto ruler. His administration has imposed economic and travel restrictions on a handful of individuals for alleged involvement, including a top aide to Prince Mohammed..

On Monday the king signalled that the crown prince remains empowered to pursue ambitious economic reforms, praising a “comprehensive developmental transformation” underway. He directed his son, sitting in the hall,”to focus on… preparing the new generation for future jobs”.

King Salman also praised the Saudi judiciary and prosecution service for “performing the duties they were entrusted with”, without elaborating.

In addition to the Khashoggi case, the public prosecutor has participated in an anti-corruption campaign ordered by Prince Mohammed last year in which scores of princes, ministers and businessmen were arrested and the state said it recovered $100bn in stolen assets.