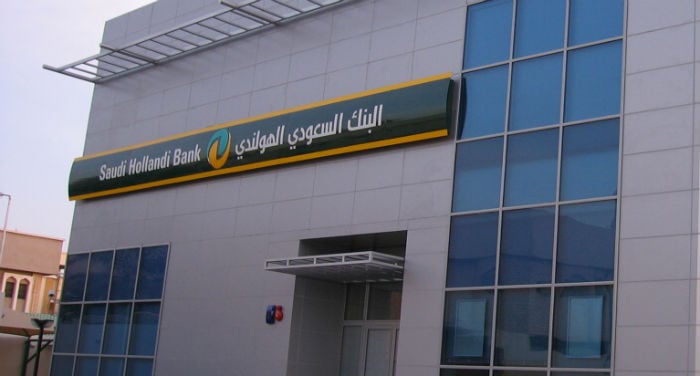 Saudi Hollandi Bank posted a 5.9 per cent rise in net profit on Wednesday, beating analysts expectations as it benefits from a favourable lending environment.

The Kingdom’s eighth-largest lender said in a bourse statement that it made SAR317 million ($85 million) in its third quarter ending Sept. 30 compared with SAR299 million a year earlier.

Bank lending to the private sector grew by 14 per cent in August over the same month last year, the Saudi Arabian Monetary Authority (SAMA) said in September.

The bank attributed its performance to higher operating income without giving further details.

Total operating income for the third-quarter was SAR575 million, an increase of 10.2 per cent over last year.

Profit from special commissions was SAR361 million, a growth of 0.4 per cent from the same period of 2011.

Loan growth was 22.8 per cent, giving the lender a loans portfolio of SAR43.6 billion.

Saudi Hollandi said in September that it plans to issue a SAR1.4 billion private placement sukuk, or Islamic bond, to support its capital base. The issue is subject to the Capital Market Authority’s approval.