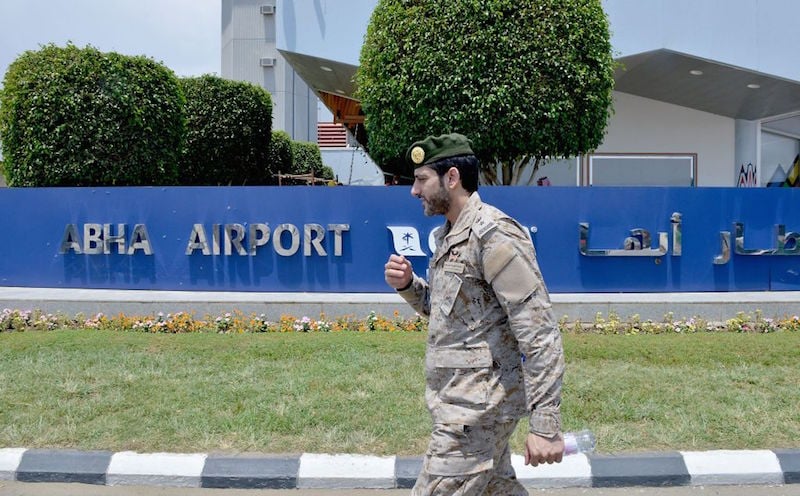 The attack did not cause any casualties, but shrapnel from the incident was reportedly found in the airport’s vicinity.

Operations at the airport are continuing as normal, Ekhbariya TV stated.

This is the third armed drone attack targeting Abha airport in recent days.

While Saudi forces intercepted one attack on Saturday, another last Wednesday resulted in a civilian plane catching fire, although there were no reports of any injuries.

“We are taking the necessary measures to protect civilians from the threats of the Houthis,” Brigadier general Turki Al-Malki, spokesperson of the Saudi-led coalition fighting in Yemen, said at the time.

The Abha airport also faced another drone attack in 2019, which killed one person and left nine civilians injured.