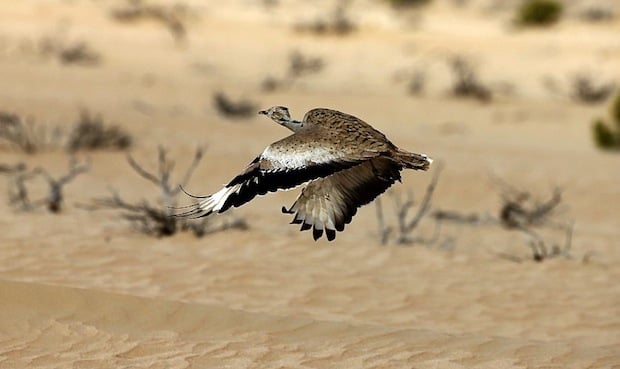 A falconry festival in Saudi Arabia has been officially recognised by the Guinness Book of Records as the largest falcon racing tournament in the world.

The King Abdul Aziz Falconry Festival was announced as the world’s largest of its kind due to the participation of a record 1,723 falcons, with  the birds competing for 10 days from January 25 to February 3. Executive director of Saudi Falcons Club, Hossam bin Abdul Mohsen Al Hazimi, received the official certificate from Guinness Book of Records’ official representative Shida Subasi Jamissi.

Speaking at the presentation, Jamissi confirmed the new record, saying: “The recognised standards state that there should be no threat to life and all participating falcons must be in good shape. After getting the accurate number from the Statistics Department, I can confirm that SFC was officially registered in GBR with 1,723 falcons, as the world’s largest falcons’ tournament here in Riyadh on February 3, 2019.”

Falconers from across the kingdom, wider GCC, and the world descended on the town of Malham, near Riyadh, for the festival, with total cash prizes worth SAR17.63m ($4.7m) on offer.

As well as the races, there was a beauty contest for the birds, while festival-goers could enjoy exhibitions, theatre entertainment and a heritage museum featuring interactive displays to explain the history of falconry and its place in Saudi culture.