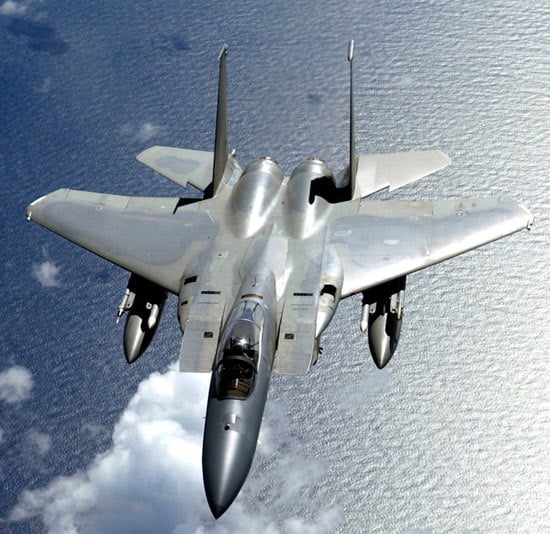 A Royal Saudi Air Force F-15 jet crashed in the Gulf during a routine training exercise late on Sunday and the pilot has not been found, the defence ministry said on Monday.

Saudi Arabia maintains a powerful air force supplied primarily by equipment made in the United States and Britain.

Last year Washington announced a $29.4 billion deal to sell the new F-15, made by Boeing, to the Saudi air force. Industry sources have said the Saudis will buy 84 of the jets.

The plane that crashed was based at the King Abdulaziz Air Base in the Kingdom’s Eastern Province and piloted by Lieutenant Fahd bin Falih al-Masarir, a defence ministry statement said.

The ministry said the jet went down in Saudi waters and that authorities were investigating the cause of the crash.

Saudi Arabia, the world’s top oil exporter and main Arab ally of the United States, also has Tornadoes and Typhoons in its air force.

The Kingdom’s air force was last used in combat during the brief 2009-2010 conflict with Yemeni Houthi rebels.